The Indian cricket team is realising to its utter discomfort, how uncertain and unpredictable sports is and that it never pays to be arrogant.

The Indian cricket team is realising to its utter discomfort, how uncertain and unpredictable sports is and that it never pays to be arrogant. They had embarked on this tour with the hope of putting up a strong performance to match their World No 1 Test ranking.Coach Ravi Shastri had put the world on notice when he prophesied great things for his team last year in Sri Lanka. He had said that this Indian side has the potential to be the best ever. Sterner tests were still to come and the South African sojourn on some difficult, even treacherous, pitches showed the vulnerable side of India’s batting.

Yet England promised those riches which Shastri had predicted and skipper Virat Kohli had promised. This was supposed to be India’s best chance to assert supremacy and prove to the world that its strong intent is based on realistic assumptions.The opening Test was a classic contest. It flirted with the emotions of every fan, sapping his energies in a gut wrenching fight. India lost a match they could very well have won. The match slipped out of their clutches due to some inept batting performances from a star cast whose lone performer was their skipper. 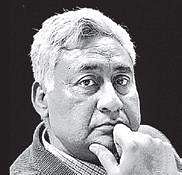 Kohli’s batting display was as heroic an effort as any seen in Test history. Sadly, his colleagues seemed to be playing with bats designed to give catching practice. They collapsed in a heap that not only exposed their technical limitations, but also the wisdom of team selection.In keeping with his policy of not repeating the same playing XI, Kohli once again chopped and changed the side for the second Test. It is intriguing why Cheteshwar Pujara is not a permanent member of the team. He may have had his share of failures, which probably gets compounded by creating much insecurity in him. It is a wonder that he has not broken down mentally.

The bizarre selection policy continued in the second Test and an extra spinner was added to the list, despite conditions screaming for a pacer. What happened at Lord’s is now a past which will keep haunting the Indians, just like that score of 42 all out does, even though it took place as far back as 1974.Despite these setbacks, it is good to see that Shastri’s self confidence and hyperbolic tone is still intact. On the eve of the third Test, he said, “There is no negative bone in this team. They can give it as good as they get and they are here to win.’’ His assertion, one can imagine, came in a booming tone that would have suggested people doubting his team’s ability are to be pitied.

In a very strange way, this Kohli-Shastri combine has created an environment around this cricketing unit in which if any journalist questions the team’s judgement or ability, he is dubbed “anti-India”. After these two consecutive Test defeats, there could be more people now doubting the team’s credentials and expressing lack of trust in its leaders. The strain between “us’ and “them” may have widened.The next three Tests will show whether this team has the reserves, strength and resilience to bounce back. It is for the players now to prove that Shastri and Kohli’s assertions are not born out of arrogance, but grounded in reality. Make no mistake, this is a crisis time for Indian cricket and what transpires here onward will shape the destiny of its stars.

Stay up to date on all the latest Opinions news
Now we are on Telegram too. Follow us for updates