In test of character, team walks the talk

The self-doubts that crept into the Indian team after the first two Tests have sh­ifted to the English minds after Nottingham. Can India become only the second side after Don Bradm­a­n’s 1936-37 team to win a five-Test series 3-2 after losing the first two?

Yes, say even those who had written India off after the massive loss at Lord’s, forgetting that the margin of defeat in the first Test was only 31 runs. Every Indi­an victory these days has a Kohli stamp and it invariably points to a batting or captaincy record.

It also masks flaws in his captaincy like field placements, batting str­a­tegy when on top and even in ch­a­nges in bowling, India’s strongest suit overseas. 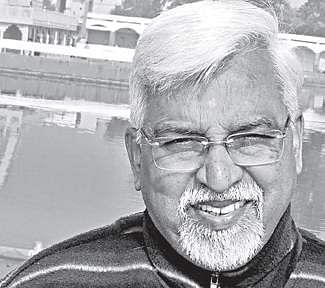 Whether anyone else believes in a stirring comeback or not, Kohli certainly does. “We believe we can, if we play like this,” he said after the third Test. Win or lose, Kohli doesn’t appear to rehearse his post-match speeches and finds the right words. “Some people may have lost hope when we were 0-2 down but we never lo­st belief. We want to keep pushi­ng forward. It doesn’t matter who makes the runs or takes wi­c­k­ets, we all have to put our hands up.”

Kohli got the perfect lines after his batsmen backed up the bowlers, who continue to take 20 wickets. All five had encouraging figures in their wickets columns in the final analysis. He did not forget to make a mention of “Jinks” Rahane or “Puji” Pujara while pr­aising the efforts of every bowler by name, highlighting the standout bursts of Hardik Pandya and Jasprit Bumrah.

Another man who had been under relentless fire ever since he took over as coach is Ravi Sh­astri. Many had put his job on the line after the two defeats, but he kept repeating his pet line, to see “this team as the best travelling side in the world.”

Good prose flows in good times and Shastri uses his superlatives liberally. He does not find a “negative bone” in this team, because they believe they can win anywh­ere in the world. He has a way of ta­lking to the players and he told th­em before Nottingham it do­e­­s­n’t matter if they look ugly and th­ey should know that to get a hu­ndred they should bat five hours.

He stresses the obvious when he says to win matches the oppos­i­tion has to be ground down, mo­re so when it has bowlers like Ja­m­es Anderson and Stuart Broad. As a commentator, he is fond of wo­­rds like “clinical performa­n­c­e”. He considers this has to be “clinically” the best in overseas conditions, as they were on top in all three departments.

The stats back both Kohli and Shastri, even if they sometimes are ruthless as in the case of opening batsman Murali Vijay, who has been dropped from the squad for the last two Tests along with Kuldeep Yadav. They have added the exciting opener Prithvi Shah. Also coming in is Andhra’s Hanuma Vihari. Both scored heavily for India A, at home and overseas. This is what a big victory does to not only the team but also the national selectors!

(The writer is a veteran commentator and views expressed are personal. He can be reached at sveturi@gmail.com)

More from Opinions.
Now we are on Telegram too. Follow us for updates
TAGS
England vs India Virat Kohli