For Modi 2.0, that’s the abiding philosophy. Two points have been put across to ministers, bureaucrats and think-tank appointees, both senior and junior: perform or perish.

For Modi 2.0, that’s the abiding philosophy. Two points have been put across to ministers, bureaucrats and think-tank appointees, both senior and junior: perform or perish. They have to bring substantial ideas to the table and tangible change on the ground or be shown exit door. Those in the know of how the system is being set to work in ‘Modi’s New India’ say there’s no scope for emotion or accommodation based on personal equations. Ministers are expected to read files and notings thereof themselves, give political directions, and not leave it to the babus to take the final call. 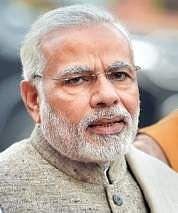 Secondly, ministers have been asked to be careful about who they talk to or who’s allowed into their offices. Caution, and not some reciprocal loyalty towards former ministers, is to be shown even in the selection or retention of ministerial personal staff. All eyes are also on Gajendra Singh Shekhawat, rewarded for performance, and his new Jal Shakti ministry, supposed to be the PM’s focus area in the next five years. (Good timing, that, judging by the seemingly endemic drought over half of India.) By the same logic, a senior minister fell from favour and a NITI Aayog member dropped for not living up to expectations.

India’s new Home Minister Amit Shah has hit the ground running. From the first day onwards, Shah has been holding meetings as if there’s no tomorrow. He comes into his North Block office by 9 in the morning and does not leave before 9 in the evening, with no lunch break in between. Of course, his favourite home food is duly arriving on his table.

The number of people making a beeline to Shah’s office — the who’s who of the government machinery — is quite mindboggling. One of the first to meet Shah after he took over was NSA Ajit Doval, apparently on the PM’s instructions (or so is the buzz!). Doval’s also sitting in on the meetings on Kashmir-related internal security meetings, where the much-anticipated new policy template is being drawn up with him no longer in the numero uno position. The NTRO chief and the intelligence heads too are briefing Shah. North Block has not been this powerful in many decades, if ever at all! 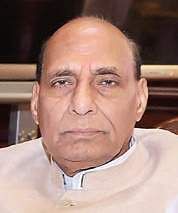 Rajnath Singh quickly held a meeting of the Cabinet Committee of Parliamentary Affairs early in the day right after he was restored to some of the cabinet committees the night before. The dates of the monsoon session had already been announced, so was the decision that Maneka Gandhi, as the seniormost member of the current Lok Sabha, would be the protem speaker. The meeting was said to have been called to send across a message that all was well. Did Rajnath threaten to resign after he found his name missing from most of the Cabinet committees? Well, a section of the BJP believes he did. Within the government, however, the view is the PM himself intervened to make the correction and restore the Thakur leader’s prestige.

The Wayanad trip was to restore Rahul Gandhi’s self-esteem. Well, apparently, it has been a success to the extent that he’s no longer insisting on stepping down and will be undertaking a countrywide tour. Senior Congress leaders nonetheless are doubtful about the prospects of the Congress party’s restoration to power. One of them confided to a close aide that he was looking for an exit back to his village, but he’s privy to so much that the family may not let go of him!