Delhi election is about Modi’s popularity vs Kejriwal’s populism

After it failed to form a government in Maharashtra and lost Jharkhand, the Bharatiya Janata Party faces its next big test in Delhi, which goes to polls on February 8.

After it failed to form a government in Maharashtra and lost Jharkhand, the Bharatiya Janata Party faces its next big test in Delhi, which goes to polls on February 8. Preparations for the crucial election are in full swing, but the party has been made abundantly clear that it will not be projecting a chief ministerial candidate. Instead, the BJP is pinning its hopes on Prime Minister Narendra Modi to challenge the Arvind Kejriwal-led Aam Aadmi Party, which swept to power five years ago by winning 67 of the 70 assembly seats.

It has been predicted by political pundits that Kejriwal is well ahead in the electoral race and that the BJP has a long way to catch up with its chief competitor. And yet, the saffron party is insisting on going into the election with Modi as its face. The BJP cites the Prime Minister’s undiminished popularity and charisma as the main reason for this move. 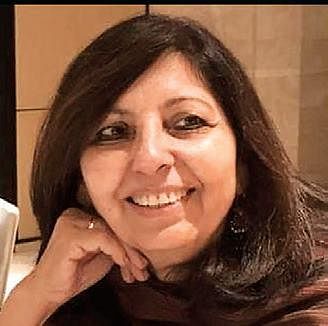 To a large extent, it is also a reflection of the BJP’s credo to put its best foot forward in every election, whether big or small. The party refuses to give in and uses all means, both fair and foul, to win an election, irrespective of its electoral prospects. In Delhi, it is even willing to risk the Prime Minister’s reputation, a sharp contrast to the Congress leadership which quietly takes a back seat if an election is not going in its favour.

On the other hand, there is no denying that the BJP is making a virtue out of a necessity, because it is a fact that the party has no choice but to depend on Modi. The party simply cannot afford to name a chief ministerial candidate. The reality is that the BJP has far too many contenders for the top post: Rajya Sabha MP Vijay Goel, the party’s Delhi chief Manoj Tiwari, Union health minister Harsh Vardhan and MLA Vijender Gupta, to name a few.

In addition, there are several others who also have their eye on the main chance. However, party strategists have realised that naming any one of the many hopefuls will only result in messy factional warfare which it can ill-afford.Given these circumstances, the BJP believes Modi is its best bet. It realises that a defeat in Delhi will reflect poorly on the Prime Minister’s personal image. An electoral loss will be immediately seen as a vote of no-confidence in the Modi government’s recent controversial decisions like the implementation of a new citizenship law, the proposed National Register of Citizens and the National Population Register, which has triggered spontaneous nationwide protests. The opposition will be quick to point out that the Modi magic is finally on the wane. However, the BJP is willing to take that risk.

On the other hand, a victory will be projected as a definite acceptance of these policies and give the Centre a legitimate reason to come down heavily on the protesters. More importantly, this election will also indicate whether the BJP’s strategy to show that the protests are led primarily by Muslims will result in Hindu consolidation in its favour. Though the BJP is also highlighting local issues to corner Kejriwal, it is essentially depending on its communal agenda to wrest Delhi from the AAP.

The BJP is convinced that its latest majoritarian project has hit its target. While Delhi is the first step, the saffron party is essentially looking ahead at the West Bengal and Uttar Pradesh assembly polls. It is imperative for the BJP to ensure that the communal divide is kept alive in these states, as it works to the advantage of the saffron party.

The battle lines in Delhi have been drawn: it is a fight between the Modi-led BJP’s ideology vs AAP’s populism. In a calculated move, Kejriwal has steered clear of battling the BJP on the citizenship law, the NRC or engaging with it on ideological issues. The chief minister has made a few critical statements on these controversial matters, but has not gone beyond that. He has, instead, deliberately kept the focus on his government’s achievements, highlighting the improvements in government schools, the mohalla clinics providing health services to the poor at their doorstep, and the reduced electricity and water bills. He has offered further sops if voted back to power. And yet, Kejriwal has not hesitated to combine populism with soft-Hindutva.

He went out of his way to make special arrangements for kawadias when they travelled through Delhi on their pilgrimage. The Delhi chief minister also made similar preparations for the chhat puja and provided travel grants to senior citizens to go on pilgrimage. It was, therefore, no surprise that AAP’s Atishi Marlena (whose surname is a combination of Marx and Lenin) was spotted at the Kalkaji temple the day her name figured in the list of candidates for next month’s election.

More from Columns.
Now we are on Telegram too. Follow us for updates