Metadata streaming in suggests that global stock markets are swept by contextual amnesia.

The German juggernaut withered by 10.1 per cent — that is 34.7 per cent annualised. The British economy went into a recession with two successive quarters of contraction — 2.2 per cent and 20.4 per cent. 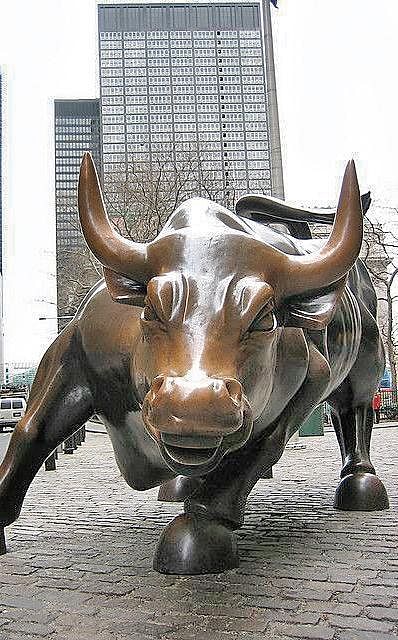 And China, where the virus emanated grew 3.2 per cent over a contraction of 6.8 per cent in the first quarter. India is yet to report how it fared in the April-June period. Opinion awaits data and rests between the IMF forecast of a contraction of 4.5 per cent and ICRA’s 9.5 per cent.

The rise in the markets is scarcely a blip or the clichéd dead cat bounce.Not every stock is up — in the US, the tech squad accounts for nearly a third of the total market cap while many S&P stocks languish and in India, traditional and PSEs are languishing. The indices though have surged riding on a flyover of Meta-theories. Indeed the narrative enveloping the phenomenon frequently resembles readings of Hermann Rorschach’s inkblot test.

Murmurs of cognition, of the wide chasm, between the mathemagic of markets and the metatheories of realities have been around.These have grown louder, almost into chorus in the past few weeks. The gap between gains in stock indices and the general gloom in the real economy has triggered interrogation of justifications. As the American colloquialism puts it ‘what gives’!

The rational for the rise in stocks is explained in part by sloshing liquidity. To start with the US Federal Reserve and other central bankers turned into market makers, pumping trillions of dollars and willing to buy every paper from AAA to junk in order to preserve systemic stability.

Add the cheques issued by governments — in the US, Canada, Germany, France et al — to ensure income sustenance for preserving sanity in their economies. The deluge of inexpensive sanity easy money, moved markets and indices — incredibly both gold and equity rose at the same time.

The mathemagic of markets though beggars the metalogic of the economics of growth. The services sector which accounts for over 60 per cent of the global economy — including the face to face segments of hospitality, travel, education which are the worst-hit — is yet to figure out its way out of the pandemic.

The chapters of innovative payroll protection measures are yet being scripted — in the US, over 14 million are yet on the dole rolls and the IRS has forecast 37 million fewer employees in 2021.Elsewhere in Europe, the post payroll protection era is yet to be imagined. In India’s largely informal economy, wage earners are struggling and layoffs are piling up. World over capacity utilisation, trade and investments are stranded.

There is also the politics of economics. Come September, the deadline for the moratoriums on loans extended to individuals and enterprises will unravel.This has the potential of uprooting tenants, students, households and businesses, triggering the fall season. And then, there is the geopolitics haunting the economic halo around the tech sector.

US President Donald Trump could unleash disruption as he makes China the centre-piece of his re-election campaign. Trump’s tool box includes the Committee on Foreign Investment and the omnipotent International Emergency Economic Powers Act empowering the president to act against ‘threats’ to America. Apple sells every fifth phone in China and GM sells more or at least as many cars in China than in North America. US investments in China are worth over $ 600 billion.

Finally, the virus continues to defy definition. There is the much-predicted second wave of the pandemic and its predictable consequence on economies. The vaccine yet on its way must prove its efficacy, safety and durability.

For sure, markets bet on an optimistic view of the future and can be a force for good.Equally, the epidemic of exuberance frequently holds rational choice to ransom. J P Morgan said ‘Go as far as you can see; when you get there you’ll be able to see farther’. The thought merits attention

Author of The Gated Republic, Aadhaar: A Biometric History of India’s 12 Digit Revolution, and Accidental India

More from Shankkar Aiyar.
Now we are on Telegram too. Follow us for updates
TAGS
World Economy COVID 19 covdi impact on world economy US economy Japan economy Indian economy