Jean-Luc Godard, the disruptionist filmmaker, could well have been referring to the day’s film of fury, Padmavati.

Cinema is the most beautiful fraud in the world. Jean-Luc Godard

Jean-Luc Godard, the disruptionist filmmaker, could well have been referring to the day’s film of fury, Padmavati. Even though Indian celluloid craft is becoming both increasingly aesthetic and commercially successful, some of them are fraudulently fantasising about Indian traditions and belief on screen.

For the past few decades, cinema and art have been used effectively by a group of westernised liberals to minimise the influence of religion on the Indian masses by subverting the image of historical and mythological personalities. 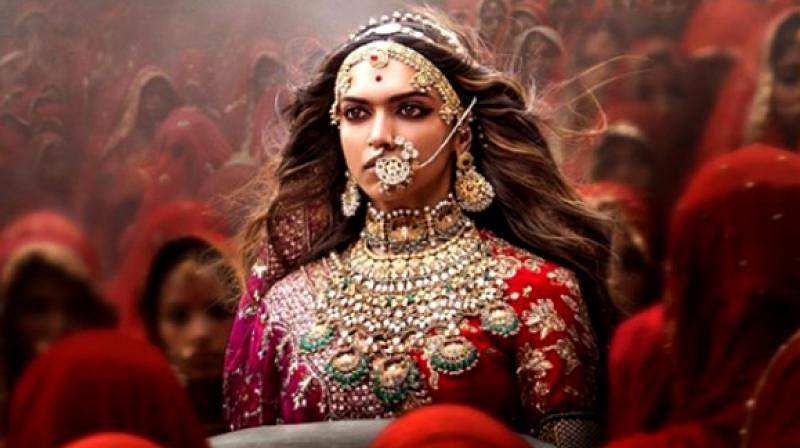 Secularism, having failed to break the bonds of tradition which binds diverse India together, is making repeated attempts to rupture the country’s cultural and religious ethos through provocative films portraying revered figures as villains or helpless mortals caught in a faux-karmic cycle of sex and crime. Such provocations by a select group of film producers and actors are upsetting social equations. The ongoing attacks on ‘Padmavati’ by incensed Rajputs, who worship the queen of antiquity, is a protest against the lust for lucre and arrogant adventurism of Sanjay Leela Bhansali, who thrives on exploiting Indian history and its icons.

The Bollywood maverick has re-discovered and redefined the pulchritudinous Rani Padmavati as his protagonist in an extravagantly directed commercial venture. But instead of visualising her as a queen, who chose to commit sati rather than surrender to the sadistic seduction of Islamic tyrant Alauddin Khalji, Padmavati is inexplicably shown dancing in a lavish dream sequence. As the BJP led government at the Centre adopted a neutral posture a couple of state ministers, right wing groups and their obscure offspring, such as the Rajput-dominated Karni Sena, went on rampage demanding a ban on the film.

They damaged theatres and threatened to cut off Deepika Padukone’s nose for her comments on the regression of India. Previously, they had warned Bhansali on the sets about including objectionable scenes while shooting the film. But he went ahead anyway. They have, sarcastically, advised Bhansali to use the name of Hemavati and not Padmavati instead. But Hemavati wouldn’t get Bhansali any returns to his investment.

This is not the first time a film is caught in political or communal crossfire. Bhansali shares the predilection of a group of cinema stalwarts who have mastered the art of offending Hindus by choosing themes that hurt their feelings. Previously, he made Goliyon Ki Rasleela Ram-Leela with Deepika Padukone and Ranveer Singh in the lead. It ended up offending Ram Bhaktas because they celebrate Ram Leela as a depiction of the victory of good over evil. In a related event, the Ministry of Information and Broadcasting had to withdraw two films from the International Film Festival of India  (IFFI) because they either hurt majority sensitivities or were blatantly, sexually provocative.

Film buffs are baffled by the names chosen for the films by their promoters. For example, one of the films banned from IFFI, Goa was S Durga—which was originally titled Sexy Durga. The other was Nude and hadn't been even completed. Perhaps, it makes either commercial or ideological sense to add the adjective ‘sexy’ to a Hindu deity without a logical reason and create controversy by baiting her devotees.  Is it so creatively imperative to undermine the perceived divine power of Durga, Sita, or any other Hindu goddess in the minds of their followers?

The protestors are raising legitimate questions over the Bollywood Badshah’s avoidance of themes and religious symbols of Islam and Christianity to bust the box office. So far, Hollywood moguls and Western filmmakers have refrained from ridiculing Jesus Christ or the Prophet as often as Indians do.
But why does a section of B-Town bullies keep interpreting Hindu ways of worship in ways that lead to unrest and revolt against the film establishment? Hail Mary, a 1985 provocative film by Godard on the Virgin Mary featuring full-frontal nudity, invited the ire of none other than the Pope.

So far, Indian film makers have exercised admirable restraint in perverting historical incidents and have rarely been accused of the factual butchery of history to make money. In fact, the film industry considers Indian history and various religious sects as a major source of income. Because Hindus by nature are more tolerant than others, entertainment entrepreneurs have got away with taking liberties with their religious convictions. Since a large section of young cinema goers are not fully aware of India’s past and do not follow religious practices with the same gusto as their peers from other faiths, Bollywood oligarchs favour the romantic or libidinal interpretation of familial, social and cultural practices.

In fact, post economic liberalisation, the Indian film world has chosen romance, sports, religion and politics as their favourite themes. Until then, films were made on social issues like rural poverty. But now, rural India is not considered an economically viable proposition by the film industry. Emergency related movies such as Aandhi and Kissa Kursi Ka were made to highlight the excesses of a police state and Indira Gandhi’s autocratic style.

Post 2002, Firaaq, Fanna and Parzania scripted in the backdrop of the Gujarat riots were filled with dialogues and scenes that demonised Narendra Modi. However, this is not to say that the outrage against all films that are singed by fringe fury is a distortion of Indian social practices. For example, Water, an acclaimed international film that showed the plight of an ostracised young widow who was blamed for her husband’s death, forced to shave her head, prevented from having hot food and sweets, and remarrying invited the ire of outfits whose only oxygen is in publicity.

It is evident that history, politics, sex, crime and religion are staples for success in B-town. But Bhansali and his ilk seem convinced that only a delusional distortion of history will make them box office boxers and bestow on them the reputation of warriors of freedom of expression. But they must realise that new aspirational India is unwilling to trade its golden past for the illusion of untruth. Frankly, a film on the real Padmavati may perhaps get Bhansali more laurels and coins, but will also deprive him of the fake label of a liberal with a cause.

Now we are on Telegram too. Follow us for updates
TAGS
Padmavati Karni sena Bollywood Prabhu Chawla Alauddin Khalji