Political power pivots on mission with vision. When Election Commission’s mission is omission, emissions of doubt cloud people’s faith in democratic institutions. Individuals acquire stature by adhering to institutional ideals in letter and spirit. The Constitution has created numerous institutions to strengthen its democratic foundations. The EC was established to ensure free and fair elections for elected representatives to enjoy the genuine mandate of the people.

Seventy-four years after Independence, the national electoral body is not only a subject of ridicule; its each and every decision is questioned by Opposition parties, the media and voters. Its base seems to be shaken by the very same individuals entrusted with maintaining its impartial credibility. Some of them, through compromisingly casuistic conduct, have almost written its obituary. The EC is now the Institution for Omissions.

As the cloud of controversy casts its shadows on EC’s own code of conduct, the shining example of TN Seshan, its 10th Chief Election Commissioner, comes to mind with reverent nostalgia. A Rajiv Gandhi favourite, he was appointed by the Chandrashekhar government in December 1990. Seshan forced politicians and political parties to respect his authority. Former Tamil Nadu CM J Jayalalithaa called him arrogant. Political leaders feared and respected him because he enhanced the institution’s esteem. He was the only CEC who refused to conduct elections unless his direction to create photo IDs for voters to block bogus ballots was obeyed. He ensured that all political parties followed the model code of conduct, ordered the audit of their accounts, used video cameras to record campaigning and banned the use of religious places for stump speeches. 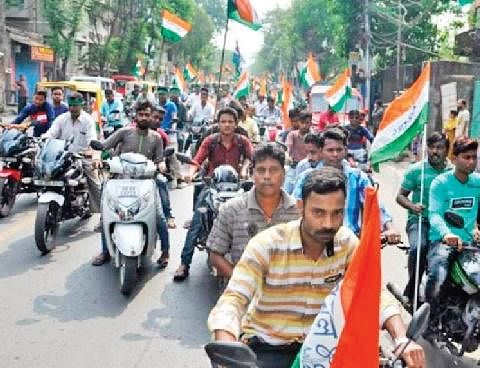 The Seshan Charter for free and fair elections ensured disqualification of 1,500 candidates during the 1999 Lok Sabha elections. During his six-year term, Seshan reviewed 40,000 poll expenditure details and disqualified 14,000 aspirants for filing false information. He cancelled elections in Bihar and Punjab citing the fear of violence after Rajiv’s assassination; he did not bother to consult the Prime Minister. The citation of his Ramon Magsaysay Award 1996 read, ‘He exposed politicians who made illicit use of public resources for electioneering and prohibited election-eve bonanzas for government workers. He banned the sale of liquor and seized unlicensed firearms at election time. He prohibited election propaganda based on religion.’  Of the 24 CECs since Independence, T N Seshan was the only one who completed a full term of six years.

Twenty-five years later, the EC is a mute spectator of its own destruction. Over the past decade, its chiefs have wittingly or unwittingly been puppets of the Centre, behaving like one of the numerous government HODs. EC has performed disastrously in acting against criminal candidates and compelling contestants to stick to the Code of Conduct. Its heads assumed that ruling leaders would be happy with biddable behaviour. True, politicians of every colour would love a cowering EC since they cannot afford to be on the wrong side of an assertive poll body. Unfortunately, it is the compromised character of EC leadership that has vitiated the credibility of the election process.

More disconcerting is the fact that the immense powers carved out by Seshan are being misused to impose odiously unjustifiable actions. For example, Seshan introduced multi-phase elections to prevent booth capturing, and deployed central police forces judiciously. Now the same mechanism is used to gratuitously prolong the voting process and allow the unhindered display of muscle and money power by candidates from all parties: though the violence is relatively less, the violation of laws is high. Instead of using technology and resources to simplify the election process, the EC has created a system where the administrative machinery is paralysed by the code of conduct’s whimsy every year.

The current round of Assembly elections would be completed only in 12 weeks from the poll declaration date to the announcement of results. Such an extended schedule not only allows the misuse of official machinery but also empowers parties to spend indecent amounts of money. The EC is a haplessly helpless spectator to the shenanigans of powerful politicos addressing colossal crowds and road shows without either observing COVID-19 protocols. Going by the latest data, the number of patients rose by almost 400% in these states, where most star campaigners became Covid positive.

Rattled by mounting criticism, the EC rationalised the campaign timings during the remaining three rounds in Bengal. Since the EC takes over the entire law and order machinery during the elections, Nirvachan Bhawan has never even issued a warning to such defiant leaders. It only selectively chastised netas who employed religious tools and made objectionable speeches.

EC’s degeneration has much to do with the choice of individual leaders. The just-retired Sunil Arora, an IAS officer from Rajasthan cadre, had a reputation for utmost efficiency. He was Chairman and MD of Air India. He served under two chief ministers. He had retired as Information Secretary and was later accommodated as advisor to Prasar Bharati. A few months later, he was made Director General and CEO of the Indian Institute of Corporate Affairs in 2016 and is one of the rare babus who were summoned from retirement to be the Election Commissioner. It was on Arora’s watch that the 2019 general elections and over a dozen Assembly polls were held. It was also during his tenure of less than three years when the EC’s stature received the maximum beating.

The period between Seshan and Arora saw the rise, rise and ultimate fall of a once great democratic institution. Successive CECs have undoubtedly managed many difficult elections and protected political stability. But the EC’s éclat for fair play and justice has been stained by self abasement. It has by ductile performance damaged the standing of individuals it aims to benefit.

The vote must go to institutions that survive individuals and not perceived to be serving them. Arora and his ilk in the past by their visible vulnerabilities have proved beyond doubt that even the mighty institutions collapse under lightweights. Since half a dozen retired CECs were rewarded with plum posts after their retirement, perhaps future allurements have immensely contributed to the rotten state in which EC finds itself. For a better New India, institutions like the EC must protect the sanctity of the Constitution.

Now we are on Telegram too. Follow us for updates
TAGS
Election Commission Lok Sabha elections Assembly election