AFTER rejecting Roelant Oltmans’ approach for the last couple of years, former India captain Arjun Halappa finally came on board as an assistant coach a fortnight ago.

BENGALURU: AFTER rejecting Roelant Oltmans’ approach for the last couple of years, former India captain Arjun Halappa finally came on board as an assistant coach a fortnight ago. But what kept him away from the job till now? Halappa said it was his desire to play hockey that had kept him away all this while. 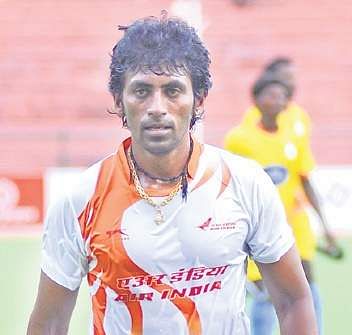 “For the last four years, they (Hockey India and Oltmans) have been asking. But I was playing regularly on the domestic circuit and I still am. When I got a call from Roelant I had to take a call. You can’t keep prolonging it. I’m grateful to Roelant and HI,” Halappa said at the SAI centre here on Friday.

After finally taking up the job, how does he fit in Oltmans’ backroom? “As a player, it was different for me. I used to comment on the coaches and there were some arguments. Now I can feel what that’s like. I can understand what it takes to be a coach. To accept some things as a coach is very difficult. It’s a big learning experience for me, to get to know everyone,” he said.

Halappa believes his job will not be limited to a specific area unlike Jugraj Singh, who is a specialist drag-flicker. “Jugraj is a specialist and he will help with that, but overall it is a team effort. You can’t say what my individual role is. If I can contribute even a little bit to Indian hockey, I’ll be happy,” he said.

His first hurdle as a coach in the team will be to bridge the gap between him and the junior players in the camp. But Halappa is taking a different route to address that.

“I’ve been a friend to the juniors, helping them solve their problems. To be fair, we Indians have this tendency of wanting people to respect us and treat us in a specific way when we’re in a position of power. But that’s not the case with me,” he said.

Halappa will also have to find his space as a coach among his former teammates Rupinder Singh, PR Sreejesh, SV Sunil and Sardar Singh. “At the end of the day, it’s the players on the field who matter. The staff can only make plans. So, coaching former teammates will be fine,” he signed off.