Continental treat for aces after ages

After Saina Nehwal became the first Indian after Syed Modi 36 years ago, PV Sindhu reached the mark soon after. 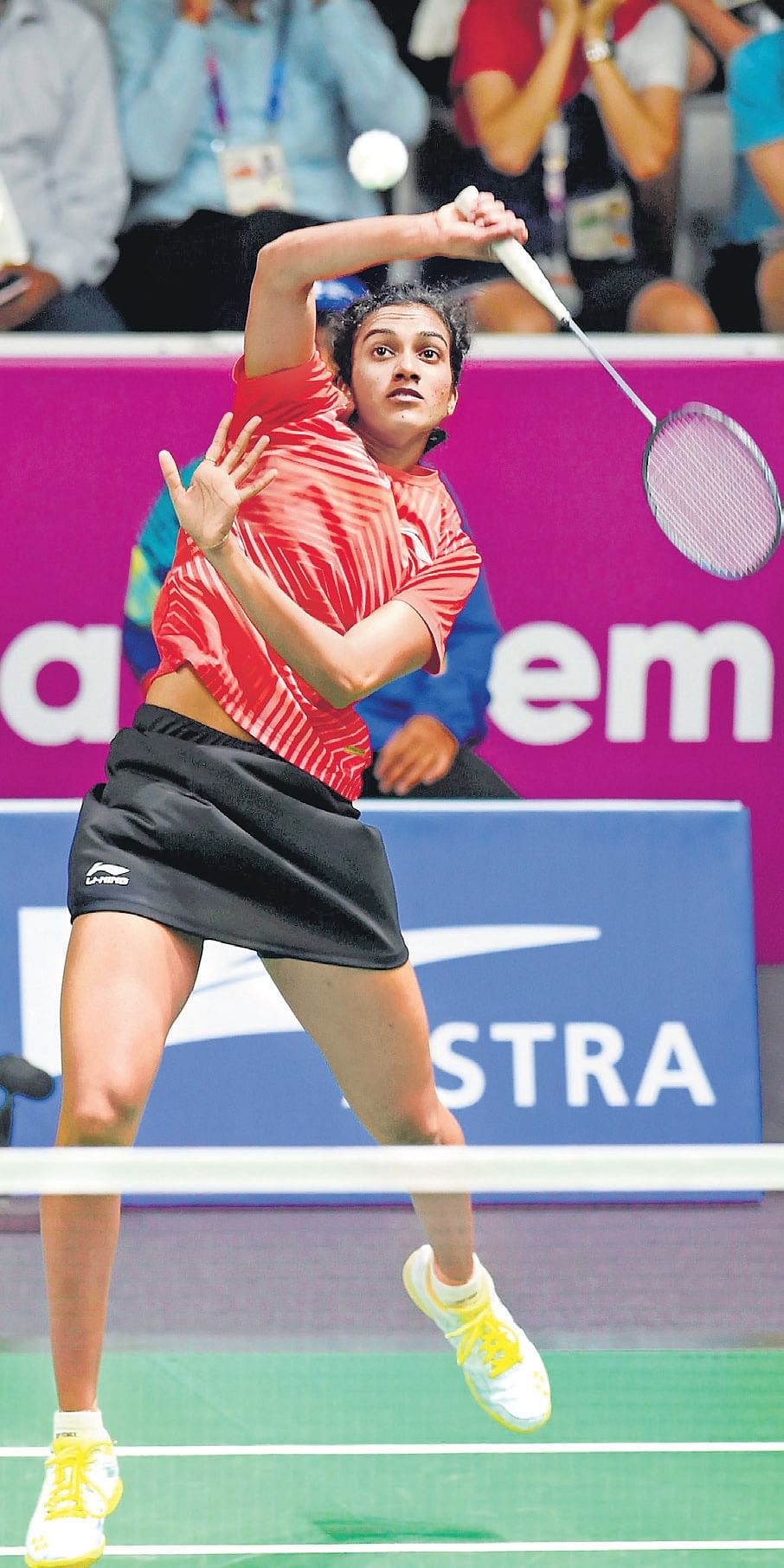 PV Sindhu had to dig deep to get the better of Thailand’s Nitchaon Jindapol. The World No 3 will meet Akane Yamaguchi in the semifinals | PTI

JAKARTA:YOU wait 36 years for a women’s individual medal at the Asian Games and two come along inside one hour. After Saina Nehwal became the first Indian after Syed Modi 36 years ago, PV Sindhu reached the mark soon after. Both Indians, Olympic medallists, won their respective women’s singles quarterfinals to assure themselves of a medal.

There are no bronze-medal playoffs in badminton at Asiad. While Saina, who has now completed her trophy-cabinet collection in terms of individual medals at the Olympics, Commonwealth Games, World Championships, year-end finals and Asian Games, beat Ratchanok Intanon 21-18, 21-16, PV Sindhu got the better of Nitchaon Jindapol 21-11, 16-21, 21-14. The 28-year-old, in fact, did not know that she had emulated Syed Modi’s 1982 feat. “We were actually discussing that,” the 2012 Olympic bronze medallist, who will next face World No 1 Tai Tzu-ying in the semifinal on Monday, said after her match. “We did not know. Gopi sir (Pulella Gopichand) said keep the phone away.”

She had struggled in her singles encounters during the team event and it looked like that pattern was set to continue. In the first game against Intanon, she was down 3-8 and in trouble. That’s when the tide turned. “I was not moving well initially but after 3-8, I opened up and I started picking up those tough shots. Then one-two rallies happened and there I saw her getting tired but she was still very tough. She was playing attacking shuttle.” The two-time Commonwealth Games gold medallist also had the belief because of her superior record against the Thai. She had won four of her last five encounters against the World No 4. Sindhu, the 2016 Olympic silver medallist, too struggled but came up with solutions. “She has obviously changed her game a bit from the last time I played,” she said after her match. She will now face Akane Yamaguchi, the World No 2, in the semifinals.

A DAY TO REMEMBER
 Saina became first woman shuttler from India to enter last-four stage of Asiad. Sindhu’s victory later doubled India’s joy.
 The last Indian to clinch an individual medal at the Asian Games was the legengary Syed Modi, who won a men’s singles bronze, back in 1982 at New Delhi.
 In the Incheon Games four years ago, Indian shuttlers had managed to win just one bronze medal (women’s team event).

Now we are on Telegram too. Follow us for updates
TAGS
Saina Nehwal Syed Modi Asian Games

New film studio to be built in space by 2024