Indian bowlers can hope for assistance

The first day of the second Test saw a great contest. By the end of the day, the teams were even. India, after a setback at the start, fought back, but in the last session New Zealand struck four times to end the day on a high. They have restricted India to below 250 but will have to account for the last three wickets early on the second morning. If they do, it will set up the Test nicely. 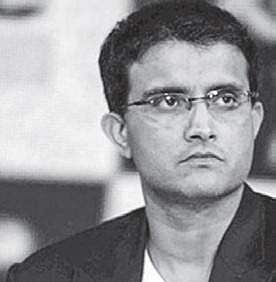 The pitch at Eden Gardens has been a good one. I would say there has been bounce and carry. The ball came on to the bat well which allowed for shot-making. As the Test continues, it will see a few ups and downs.
The partnership between Pujara and Rahane was a delight to watch, especially in the session after lunch when both made batting look easy. After the tour of the West Indies, there was talk on Pujara’s place in the side and his strike rate. Hopefully, this performance will put an end to that. He is a must at No. 3, forget the strike rate. On a pitch like this, the team needed someone to graft and work hard. Pujara did that exceptionally.
It’s well known that the post-lunch session is the best time to bat at the Eden. Because of the fast outfield, there is full value for shots. Pujara and Rahane first blunted the New Zealand attack, which was on a high after three quick wickets, and then started opening up to put the pressure back on the opponents. Both should have converted their innings into big ones but fell to momentary lapses.
Ross Taylor, who is leading the side in the absence of Kane Williamson, has a huge role to play. With Williamson indisposed and not available, he is the major batsman and will have to play an innings of substance and importance. He will be the key if New Zealand has to make a mark in their innings. As for the Indians, all the bowlers will enjoy bowling on this pitch. The way it is shaping up, if the weather stays good, this might turn out to be a Test that draws fans to the ground.