U-17 training doubtful as standoff continues

The Nicolai Adam affair continues to take all sorts of twists and turns.

CHENNAI: The Nicolai Adam affair continues to take all sorts of twists and turns.

Express had reported on Monday that the development was threatening to blow into a standoff between the sports ministry and All India Football Federation. With neither parties yielding ground, it is highly unlikely that the U-17 team’s training sessions, which were supposed to resume on Wednesday, will go ahead as planned. 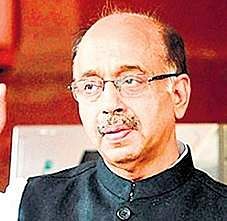 The reason? The AIFF is done with Adam and does not want him with the boys any longer. In fact, reports had circulated on Tuesday, citing AIFF sources, that Adam had agreed to leave. But with the ministry yet to okay his departure, the AIFF is wary of making it official.

Sports Minister Vijay Goel confirmed to Express on Tuesday that Adam was still the U-17 coach, as his department had not sanctioned a dismissal. “I have asked for the report (from the AIFF) today (Tuesday) morning,” he said. “I’m yet to see it, but by tomorrow, I’ll know what is going on,” he said.

“As far as sacking the coach is concerned, AIFF is not the one who can do that. We employ and pay him, so we have the right to sack him. As of now, we have not taken any decision on his future. Only after seeing the report, we will be doing that,” he added.

But it is unlikely that the ministry will further delay on taking a decision as the delay is now eating into the U-17 boys’ training time.

There were also reports that current U-17 team CEO Abhishek Yadav was in line to become interim coach of the team until a permanent successor was found. But Yadav refused to comment. “I cannot make any comments on the issue as of now. We should wait till an official decision comes out on this matter.”

Despite the sports ministry’s support, Nicolai’s fate is virtually sealed with all 21 boys refusing to play under him. The ministry was not happy with the AIFF’s decision to keep the boys together after four of them came forward alleging physical abuse against the coach. With the boys spending nearly a week in Delhi without their Adam, the mutiny appears to have spread, with the entire team now rallying against him.