PUNE : For those preparing Test pitches in India, premature end is not the major concern. The home team’s performance matters more. Those who rolled out turners for South Africa in 2015 were not pulled up after the hue and cry over three-day finishes. With India winning, they might have even got a pat on the back.

It can be assumed that after the mammoth defeat in the first match of a marquee series, those issuing instructions and those carrying them out will think twice before uttering the ‘T’ word. Turner is what the Indian team wanted, and in a classic instance of plans backfiring, batsmen used to such conditions were shot out twice in 74 overs. 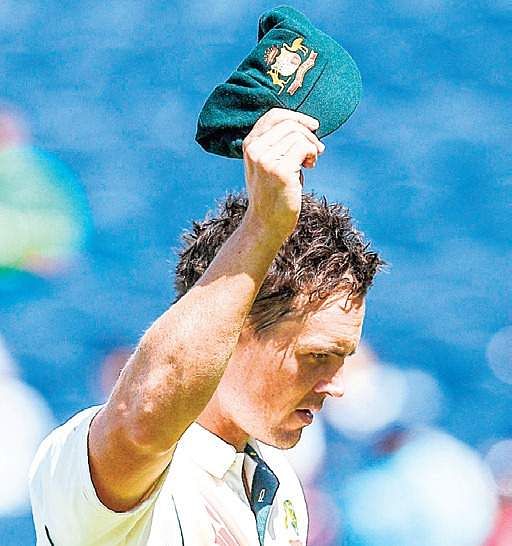 In its six years of staging first-class matches, the MCA Stadium had rarely seen a rank turner. Sources indicated that for this match under local curator Pandurang Salgaonkar too, a hard strip with even bounce was being prepared. The plan changed after the Indian team asked for something with “home advantage”.

“There are three ways to make a turner out of a true surface at short notice. Reduce rolling, watering and expose it to the sun, so that the upper part becomes dry,” sources close to the BCCI pitches and grounds committee told Express. A dry crust lets the ball grip and breaks down quickly to assist spin. Nagpur in 2015 was an example.

In the presence of BCCI pitches and grounds committee chairman Daljit Singh and West Zone head Dhiraj Parsana other than Salgaonkar, this pitch was kept open under a strong sun in afternoons leading to the match. There are venues that use makeshift canopies to protect the centre from direct sunlight. The pitch curators knew what was going on here, and so did the players.

Asked about it, Virat Kohli said, “I didn’t speak to anyone about the pitch. During this time in venues like Pune, you expect dry wickets because of the weather. This was no different from the turners we played on in the past. We didn’t play good cricket. We were outplayed on all three days.”

Agreeing to that assessment, those associated with preparing pitches added that this one was overdone to the extent that the surface became its own master. With the maximum temperature in the last few days being between 33-36 degrees Celsius, long hours of exposure to dry heat left the crust brittle, which got worse as the game wore on.

“They could play safe and go for a typical Indian wicket good for batting, with turn in later stages. Problem with drastic methods applied in Pune is you don’t have control over the degree of turn if it’s too dry. The curator shouldn’t be blamed because it appears like he did what he was told,” said one on condition of anonymity.

Australia captain Steve Smith, whose first reaction to the surface was “it’s incredibly dry,” felt it was meant for Indian spinners. “It was up to them to prepare a wicket, and they prepared one that played into our hands. It was a wicket that would more likely suit the Indians. But our spinners generated good spin.”

Sometimes, plans boomerang. Mumbai in 2012 against England was similar. So was Bangalore against Pakistan in 1987. With three more to play this time, India would like to believe this one doesn’t lead to a series defeat, like those.