Raising bat at the Lord's is boyhood dream: Chris Woakes

Replacing Ben Stokes wasn't an easy job but Woakes made the most of his opportunity by getting Indian captain Virat Kohli on the second day and followed it up with his maiden Test hundred. 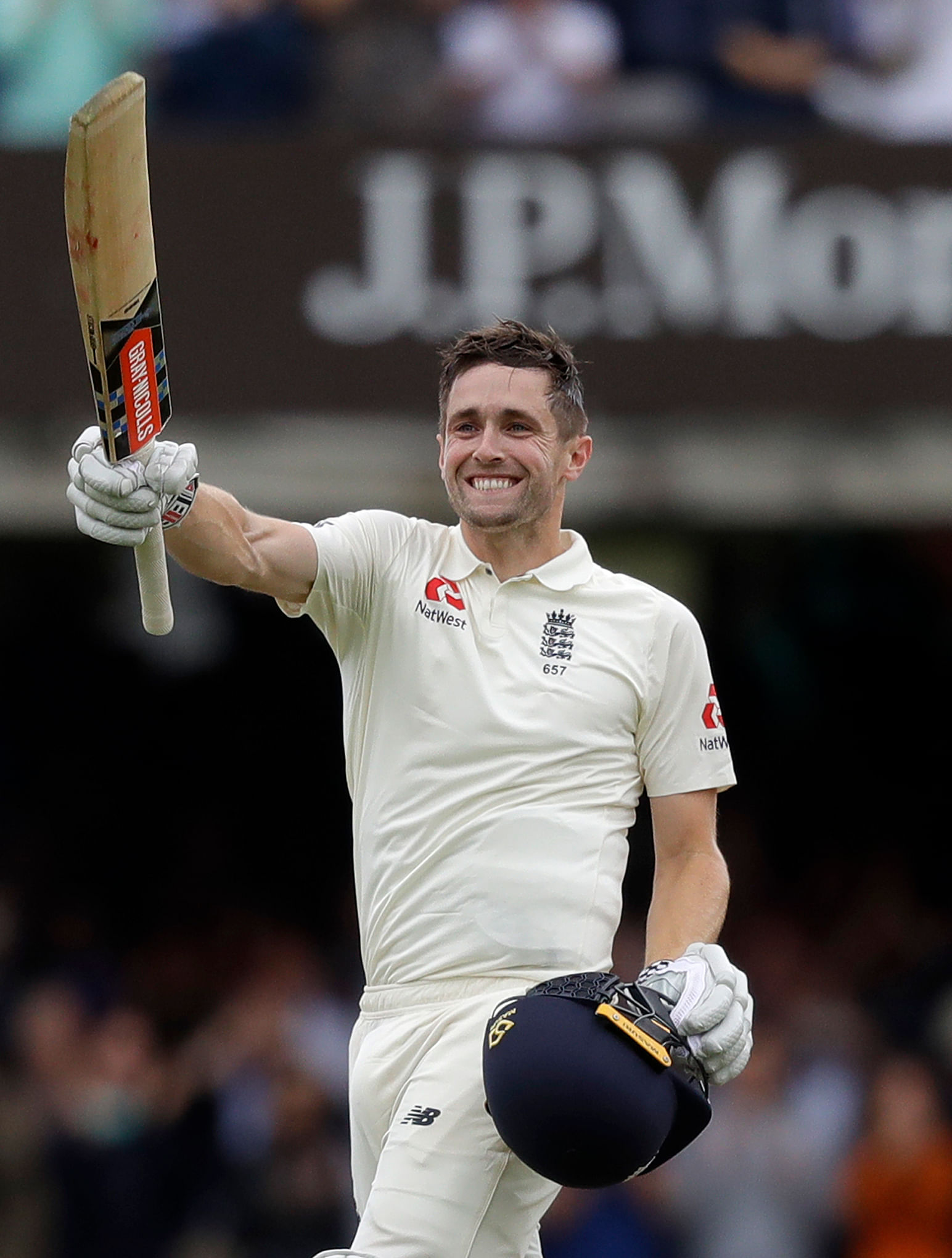 LONDON: Having endured frustrations of a long lay-off due to injury, Chris Woakes felt "incredible" after realising his childhood dream of scoring a Test hundred at the 'Home Of Cricket' in his comeback game.

Replacing Ben Stokes wasn't an easy job but Woakes made the most of his opportunity by getting Indian captain Virat Kohli on the second day and followed it up with his maiden Test hundred as England maintained their stranglehold on India with 250-run first innings lead.

"That feeling of raising your bat to a standing ovation at Lord's is a bit of a boyhood dream. But it's an incredible feeling," a visibly elated Woakes told media persons after the end of third day's play.

Woakes had recently become a father and said that his teammates had asked him to do a "baby celebration" but it all became a bit of blur once he achieved the coveted landmark.

"The lads did ask me actually where was the baby celebration, but for some reason, that wasn't really on my mind. I didn't really have any ideas of how I was going to celebrate, and didn't really know how to - but I'm obviously just delighted. It's still a bit of a blur. It seems to go so fast - 30 seconds of raising your bat feels literally like a blink of the eye," Woakes said.

He admitted that he was a bit nervous as he approached the three-figure mark but Jonny Bairstow was a calming influence on him.

"I was probably getting a little bit nervous in the 90s. All of a sudden, you start thinking of three-figures, start wafting at things outside off-stump, which I hadn't been doing. Jonny (Bairstow) came down and had a word, which settled me."

Stokes now enjoys the rare honour of having his name on three different Honours' Board at the Lord's.

He has now completed a treble of five-for, 10-for and century at the hallowed ground.

"It's a sweet day. It has been a frustrating summer so far, missing quite a bit of cricket. I was over the moon to get the call to be back in the squad. I could never really have dreamt of scoring a hundred in my comeback Test. With five or six weeks out injured, you're watching the boys all summer and you want to be out there," he said He didn't feel ready during the first Test at Edgbaston but found himself in good space both mentally and physically before the Lord's game.

But the biggest challenge was to fill in the boots of Ben Stokes, who had a great opening Test before he had to leave for his court hearing with regards to bar brawl in Bristol.

"I definitely felt my body was ready (here), and from a mental side of things I was ready to play. Coming in in place of Ben Stokes, it's quite big shoes to fill. But you try not to think about that – I don't try to play like him. I play like myself, try to do my job for the team, and thankfully I've done that so far," he said.

"We all know how good Virat is, a world-class player, number one in the Test rankings. He is obviously a king-pin in India's (batting) line-up. Particularly yesterday, with the ball moving around, it felt like it was a really good opportunity to try to get him out early. Once he gets in, he's very difficult to get out - so I was delighted."

During his batting, Woakes felt that it was important to see off the spells as that's what was decided by him and Bairstow during their 189-run stand.

"When I went to the crease (on Saturday), I think we were about 20 ahead. Jonny had been playing nicely and I think the important thing was to try to get through certain spells. "There were some really good ones - Mohammed Shami kept running in - and we just saw each spell as something to tick off, and make it difficult for the Indian bowlers to keep coming back."

Woakes said that by the time the Indian spin duo were in operation, they (him and Bairstow) had done their job in helpful batting conditions.

"There wasn't a huge amount of turn there, so when the spinners were on we felt we'd done our job. I didn't really think of a score at any point. I was just thinking of a partnership, trying to get past the first 20 balls. I wasn't looking too much at the scoreboard in terms of what lead we needed. But the ball got a little bit softer, and it made it a little bit easier," he added.

The all-rounder reckoned that weather forecast of the fourth day is indicative that England seamers will again get significant help to close in on a 2-0 lead.

"If there is a little bit of rain around tomorrow, that might play into our hands - bit overcast, a bit of moisture around, we hope it might move around like it did (on Friday). I'm sure it won't quite do that but with a significant lead, whenever we do come to bowl, we hope we can put the Indian batsmen under pressure," he signed off.

Now we are on Telegram too. Follow us for updates
TAGS
Chris Woakes England vs India Lord's test

Despite SAI's clearance of wrestlers for U-23 Worlds, Wrestling Federation of India chief not amused

True Congress leaders are not each other's weakness but their strength: Rahul Gandhi