India vs England: Team management needs to take a hard look at its decision-making

India missed a spinner at Edgbaston and a fast bowler at Lord’s. On the other hand, Ben Stokes missed out on the second Test but England didn’t miss him at all. 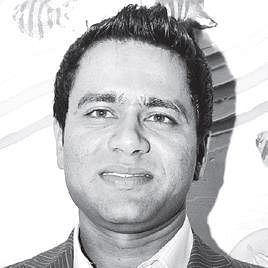 India missed a spinner at Edgbaston and a fast bowler at Lord’s. On the other hand, Ben Stokes missed out on the second Test but England didn’t miss him at all. Chris Woakes wasn’t a part of the original Test squad but made it to the playing XI for the second Test courtesy the green pitch and overcast conditions, and he produced a performance to remember. In fact, Woakes’ batting performance alone encapsulates India’s agony perfectly. He scored 137 without getting dismissed whereas ten Indian batsmen couldn’t cross his personal score in either of the innings.

As much as Virat Kohli is revered and will be remembered as one of the finest batsmen to grace this game, he’ll also be remembered as a captain who didn’t play an identical XI in two consecutive matches for 37 games and counting, and also as someone who made some interesting choices. He dropped the team’s vice-captain Ajinkya Rahane for the first two Tests in South Africa, dropped Cheteshwar Pujara for the first Test in England and has used Shikhar Dhawan only in the opening Test in two consecutive overseas tours. Interestingly, India fielded two spinners for the second Test when their opponents went with four quicks. The pitch was green and remained covered for over 24 hours.

It ensured that India also wanted to field first (had India won the toss), but it didn’t force them to play an extra seamer. India are not known to travel well and that makes team-selection a critical piece in the jigsaw puzzle. Team management will have to take a harder look at their decisions.

India were at the wrong end of the conditions with both bat and ball. It was overcast on the first day when James Anderson ran through the Indian batting while it turned nice and sunny when India bowled and the clouds returned when it was India’s turn to bat again in the second innings. It felt that even the usually unpredictable English weather was hand in glove with the hosts.

But good teams and champion players don’t look for excuses; they find answers instead. From the beginning of 2018, India have played 5 overseas Tests and there are only two 50+ scores from Indian batsmen besides Kohli. That’s 5 batsmen (minus Kohli) over 10 innings, which translates into 2 fifties in 50 innings.The biggest area of concern is the lack of runs from proven overseas performers like Murali Vijay and Ajinkya Rahane. If your blue-chip stock fails, there’s very little chance of survival.

Has the batting technique deteriorated so much that it’s impossible to survive slightly challenging conditions? Yes, it has and it’s not limited to Indian batsmen, for that’s the story all over. No batting unit shows the stomach for a fight when the conditions are favoring bowlers. There’s an obvious decline in development of skills best suited for tougher conditions and reason for that is the presence of flat pitches across the globe, even for most Test matches. If speaking English is enough to cover the countries you frequent, why would you spend time learning Spanish, when you are likely to visit once in four years?

Now we are on Telegram too. Follow us for updates
TAGS
England Test Series England vs India Virat Kohli Indian cricket team