There is so much happening in Indian cricket right now.

There is so much happening in Indian cricket right now. The clout of Virat Kohli has reportedly forced the Committee of Administrators (CoA) to agree to his request to allow players’ wives and girlfri­ends (WAGs) to be with them on overseas tours.

It’s a gift for the players for easily winning the two-Test series, both matches put together lasting barely six days. The national selectors are under the microscope rather than the players, for their policy of rotating and resting key men. The CoA has obviously considered all aspects before agreeing to WAGs on the entire tour, but only after the first 10 days. So far, they were allowed only two weeks on the full tour. The presence of WAGs is brought to centre stage only when the team does not do well. Some board officials, who are accompanied by their wives, felt the presence of wives is a distraction as the couples were invariably found sightseeing or in shopping areas on off days! 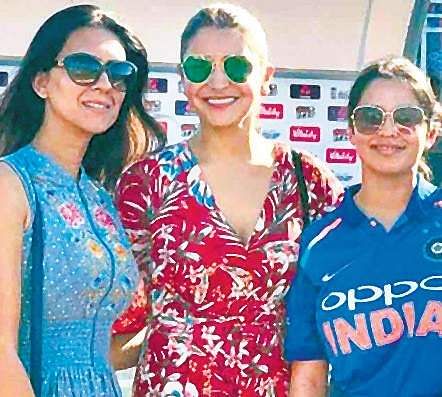 Interestingly, CoA felt that the presence of WAGs might inspire the players to perform better! They may have been impressed with the arguments put forward not only by the players but also sports medicine experts and psychologists who have been in favour of allowing WAGs.

Now that the players are relieved, their next worry is who all will go on the long tour to Australia next month. Injuries and the workload of playing three formats forced some players to either ask for or get compulsory rest. Some lost form and the selectors happily filled the vacant slots with youngsters who have performed well in domestic cricket and for India A.

Prithvi Shaw and Rishabh Pant have grabbed their opportunities to almost eliminate the off-form seniors without giving them another chance to fight back in familiar conditions. Both have shown their talent by not doing anything alien to their style of play. They went about their business in the only way they know. It worked against the West Indies.

Shaw got a hundred on debut and got close to getting another in his next Test while Pant continued from where he left off at the Oval, where he got a century, scoring 92 in each of the two innings he got against the West Indies. Kohli is highly impressed with both, even if he may not be all that excited about Pant’s ke­e­ping. The captain is also ple­ased with Umesh Yadav’s pace and his ability to pick up wickets at the right stages in any for­mat.

The fast bowlers and spinners select themselves, but which of the young fast bowlers will go as understudies to Ishant Sharma, Bhuvneshwar Kumar, Mohammed Shami and Umesh? There are quite a few not only bowling fast but picking up wickets in every match.

It has to be seen whether the selectors and the team management would be on the same page while picking the squad for Australia, more so now that the selection committee has full complement of five members following the Supreme Court’s final order on the Rajendra Mal Lodha committee’s recommendations. In England, the team management had a problem with the selection of a couple of players and went ahead with its own ideas and requirements of the team.

(The writer is a veteran commentator and views expressed are personal. He can be reached at sveturi@gmail.com)