Seeing red with white: Is Shami right fit for WC?

This blip can perhaps be attributed to the speedster’s rustiness with the white ball.

CHENNAI : The avalanche of records that Virat Kohli and Rohit Sharma created during their obliteration of West Indies in Guwahati on Sunday buried one not-so-heartening statistic for the Men in Blue.Despite starting off his comeback into the ODI scheme of things after more than a year with a fiery first spell, the stick that Mohammed Shami received from Shimron Hetmyer and his comrades in the second mangled his overall figures to 1/82, the worst returns for an India bowler against the men from Caribbean in this format.

This blip can perhaps be attributed to the speedster’s rustiness with the white ball. Injuries or otherwise, Shami has featured in only four ODIs over the last two years. That notwithstanding, his IPL stocks too nosedived this year, owing to controversies on the personal front. 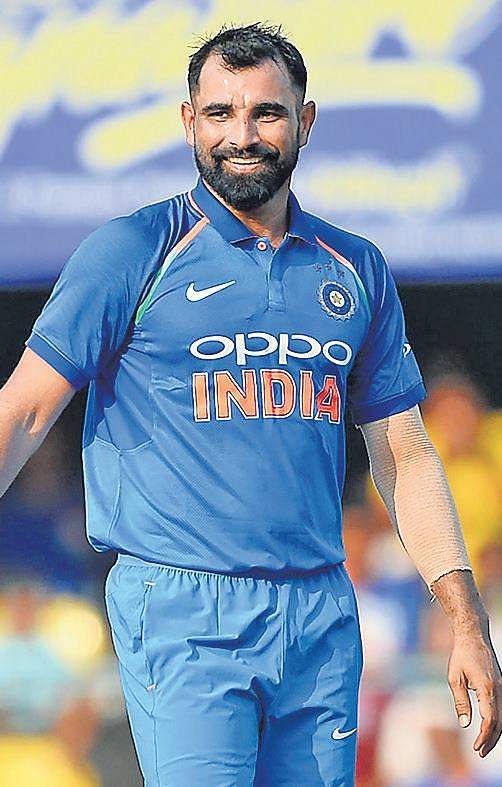 Coupled with the broader context — read the 2019 World Cup — that is being ascribed to every series India are featuring in, Shami’s off day can also be construed as an opportunity cost, a thought that was also echoed by former India selector Anshuman Gaekwad.

“To be honest, this is the kind of series which can lull you into a false sense of confidence. The true tests lie in Australia and New Zealand, where there won’t be any scope for experimentation. Like Kohli himself insisted on, these ODIs should solely be considered for strengthening the combination that the team already has in mind for the World Cup,” he explained.

The combination that Gaekwad is referring to has to do with how bowlers slot into India’s blueprint for the big-ticket event in England. Jasprit Bumrah and Bhuvneshwar Kumar have already laid claim to the top-two spots in the speedster pecking order, and Umesh Yadav and Ishant Sharma lead the back-up-pacer race at the moment.

With Kuldeep Yadav’s — who sat out in Guwahati — name also popping up on a regular basis during discussions regarding India’s final XI for the World Cup, Gaekwad feels that Shami’s inclusion could end up denying other regulars potential game-time.

“Shami is a different beast with the red ball. But, to be fair, being outside for so long can put you on the defensive. Hence comes the gap when he’s sending down the white ball. Bhuvneshwar and Jasprit are obviously the go-to pacers for the World Cup. Then you also have the likes of Umesh and Ishant vying for a spot, not to mention Khaleel (Ahmed) also coming into the mix in recent times. Hardik (Pandya) is pretty much the designated all-rounder.

“With all this in consideration, Shami featuring in the World Cup doesn’t look that likely. What India could look at doing is perhaps giving Kuldeep a look-in in his place instead. A couple of solid games will do his confidence a world of good.”

Unlike many would be tempted to think after reading that explanation, Gaekwad’s backing of Kuldeep doesn’t only have a macroscopic purview. “You just need to take out newspapers from a year or so ago to see how effective he and (Yuzvendra) Chahal are at home together.”rahulravi@newindianexpress.com