Al Jazeera hits back: “We have no confidence in ICC”

The ICC, on its part, has pleaded with the channel to provide them with the documents so that they can launch their own investigations.

CHENNAI : With the ICC and respective boards of England and Australia strongly denying any of the match-fixing allegations claimed by Al Jazeera, the channel on Friday responded with a strong statement. They even claimed ICC doesn’t have the resources to police the game. The Qatar-based channel are also ‘parti­cularly struck by what appears to be a refusal in some quarters even to accept the possibility that players from Anglo-Saxon could have engaged in the acti­vities exposed by our programme and that the evidence we have uncovered even merits appropriate investigation.’ 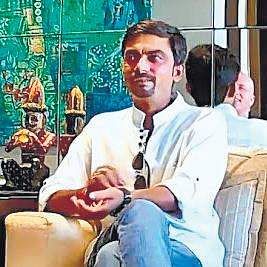 Furthermore, the channel has claimed it doesn’t have the confidence in ICC to deal with the problem and has instead preferred to hand over the evidence to Interpol for carrying out investigations. Soon after Al Jazeera aired its second documentary titled ‘Cricket’s Match-fixers: The Munawar Files’, in which it claimed few England and Australian cricketers were involved in fixing-related activities, ECB and CA responded by backing their players.

The ICC, on its part, has pleaded with the channel to provide them with the documents so that they can launch their own investigations.

Though the ICC claimed they didn’t receive a favourable response from the channel to provide the documents, Al Jazeera’s investigation team — which produced the documentary — in a statement said they are “increasingly concerned at the ICC’s ability and resolve to police the game”.

It added: “We are aware that our lack of confidence in the ICC is shared by many others who have the interests of the international game at heart and who feel that it may lack the will, resources and even remit to tackle a problem that involves powerful forces from within the world of organised crime. It is for this reason that we are in discussions with Interpol about handing over the evidence to them. We are not ruling out handling over material to the ICC — but feel that it must first accept some accountability and answer the legitimate questions raised by our investigation.”

With ECB strongly denying any of the allegations (the documentary claimed England teams were involved in seven of the 15 matches that were subject to fixing), Al Jazeera said the boards have failed to ‘engage with the specific and compelling evidence presented in the film.’ The channel went on to list that how 25 of the 26 spot-fixes happened exactly the way Munawar had predicted with odds of that happening being 9.2 million to 1, according to a UK betting firm.One suspects there are still a few pages left to turn before this chapter comes to an end.

Stay up to date on all the latest Cricket news with The New Indian Express App. Download now
TAGS
match-fixing allegations Al Jazeera