Not getting the ‘rift’

Differences between stars are not new. If there’s anything between Kohli & Rohit, they should talk it out & move on.

Human beings are fragile creatures. Behind the facade of self-assurance is a mind whose infinite capacity to churn suspicious thoughts can damage the best of relationships, especially if in competition with each other. Most of us, if not all, suffer from this affliction, whether young or old. I say this in the context of the perceived Virat Kohli-Rohit Sharma rift that forced the Indian skipper to deny any differences in a press conference. An unusual thing to do as till then, this rift was seen more as gossip, something that the news-starved entertainment media loves to indulge in to titillate their bored readers. 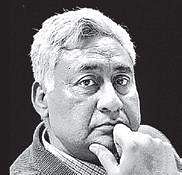 For the Indian cricket captain to make his displeasure public at this “rumour” indicated that he and his team was getting affected by these stories, hence the need for a denial. There is no reason to disbelieve him. In any case, the two cricketers are hard-boiled professionals, take immense pride in their achievements and being human, they are bound to have different views on some issues. As long as this does not affect the team’s harmony and their own form, why bother.

This is not the first time that such “rumours” of two major stars of the Indian team having differences are surfacing and nor will it be the last. If the older, much mature people are not immune to this disease, how can we expect young, ambitious minds playing a high-pressure game in demanding conditions, to remain untouched by this impulse.

Indian cricket history is replete with such rifts, be it during Tiger Pataudi’s time or the present. Catapulted to lead India at a young age of 21, there were many in the team who resented the one-eyed Nawab being imported from England to lead them.

Pataudi may have handled this potentially disastrous situation with unusual maturity, despite being so young, but its hangover led to a major rift between Ajit Wadekar and the spinning duo of Bishan Bedi-Erapalli Prasanna. Wadekar, who replaced Pataudi on the casting vote of chief selector Vijay Merchant, led India to a humiliating defeat in the summer of 1974 in England. The defeat and his differences with Bedi and Prasanna shared equal space in the media.

Then we heard stories of the Bedi-Sunil Gavaskar rift, with the former blaming Gavaskar for being partisan and even responsible for marginalising him in the team. This was followed by Gavaskar and Kapil Dev sparring with each other, though never publically. Gavaskar has, in the context of Rohit-Kohli, referred to these stories and with the wisdom of his years, rightly said that one has to live with it, even though they may not be true.

These never ending “differences” between the top stars have a long list of distinguished names, though all of them today do realise that their competitive juices were very susceptible to emotional upheavals when they were wanting to make a mark on the playing fields. They happily share a laugh and a drink with their “adversaries” now. Distance from the event has made them realise their own follies, trapped as they were in a cocoon where success, records and personal achievements mattered more than anything else while playing for the country.

If Kohli and Rohit have a problem with each other, they could well step back a bit, take a peep into the past history of such squabbles, learn the right lessons from them and then get on with what they do best: score runs and win matches for the team.