The three-member selection committee, headed by Kapil Dev, Gaekwad and Shantha Rangaswamy, had to go through the charade of interviewing the five other shortlisted candidates.

The continuation of 57-year-old Ravi Shastri as India’s head coach for two more years seemed a mere formality after skipper Virat Kohli publicly backed him, and Anshuman Gaekwad, a member of Cricket Advisory Committee (CAC), endorsed the choice, saying that his record carries him. India’s sweep of the two shorter formats in the West Indies could not have come at a better time for Shastri and Kohli, who have been backing each other for over two years. To reinforce Kohli’s view, it is said even the entire team was in favour of Shastri.

The three-member selection committee, headed by Kapil Dev, Gaekwad and Shantha Rangaswamy, had to go through the charade of interviewing the five other shortlisted candidates.To be fair to the cricket board and CAC, Tom Moody, Mike Hesson, Phil Simmons (though he had pulled out), Lalchand Rajput and Robin Singh had the credentials. Kapil, true to his style during his playing days, was forthright in revealing how transparent the process was, though the parameters were set by the board.

Interestingly, Kapil said there was little to choose among the top three finishers: Hesson and Moody came in behind Shastri. What tilted the decision in Shastri’s favour is his knowledge of the system and players. It’s nice to say that Hesson lost out by a whisker, but the other candidates knew that they stood little chance once Shastri showed interest in continuing. To say that Moody and Hesson’s presentations were impressive is neither here or there.

Shastri’s record in the last two years certainly gave him the edge; the most impressive part of his CV being India’s maiden series win in Australia. He saw to it that India stayed No 1 in Tests, despite their losses in South Africa and England. India’s record in the shorter formats has also been solid.

Kapil insists that CAC was not influenced by what Kohli feels about Shastri. The committee also did not think much of the chief coach not handling a T20 league team — unlike other contenders — with T20 World Cups coming up in the next two years.Shastri will also have to worry about the ongoing ICC Test Championship. India play their first match against West Indies next week. With the ODI championship, starting next year, the coach’s plate is full. 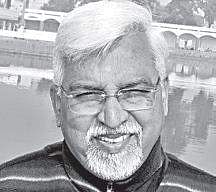 Shastri can relax, now that Kohli has settled down into his captaincy knowing well that he will not have the luxury of leaning on MS Dhoni’s shoulders for long. Certainly not after the next T20 World Cup. He has shown that he can manage his affairs during the just-concluded ODI series in the Caribbean.

Now to the support staff. The national selection committee, headed by MSK Prasad, has been tasked with their selection. One from the existing team, bowling coach Bharat Arun, is certain to continue as he is not only credited with making the fast bowling unit as the best in international cricket right now, but he is also seen as a trusted lieutenant of Shastri. Fielding coach R Sridhar should also get another term, though there could be a temptation to rope in Jonty Rhodes.

For some reasons, Sanjay Bangar has fallen out of favour, probably paying for the failure of India’s middle order. His case depends on what Shastri and Kohli think of his utility to the team. All the speculation about the coach over, a new team management should be taking decisions a lot more confidently. (The writer is a veteran commentator and the views expressed are personal. He can be reached at sveturi@gmail.com)