NEW DELHI: Virat Kohli may be the captain of the Indian team but it was not too long ago that he was one of the youngsters in the team, learning from established stars like Yuvraj Singh.

The pair have always shared a great rapport even when Yuvraj has not been able to get a foothold in the national squad led by Virat. On Friday, Virat put up an Instagram post and immediately was trolled by his senior.

"#FlashbackFriday Hey guys can you guess this city?," Kohli said with a selfie. 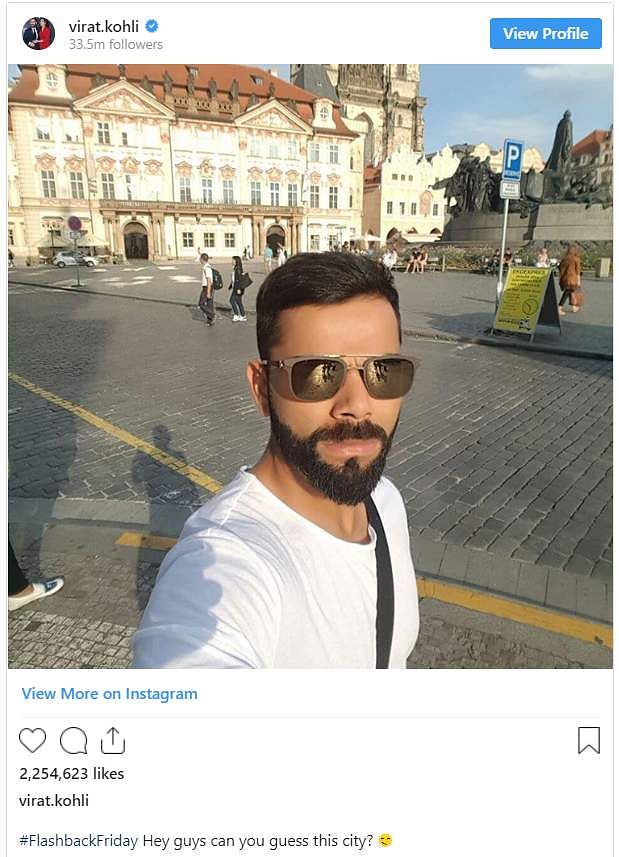 The city was not in India but Yuvraj commented, "Looks like kotkapura? @harbhajan3 what do u think?"

Kot Kapura is a historic city in Punjab.

Kohli has had a mostly successful 2018/19 season as Indian captain, but his Royal Challengers Bangalore side continued to underperform and ended the season as wooden spooners with just five wins in 14 games.

He will now lead the Indian team in the 2019 World Cup. It is his first World Cup as captain and the third he will be playing in. The tournament, which will be hosted by England, starts on May 30 and India's first match will be against South Africa at the Rose Bowl in Southampton.

Now we are on Telegram too. Follow us for updates
TAGS
Virat Kohli Yuvraj Singh