This crisis could teach cricketers a lot: Chandrakant Pandit

Vidarbha enjoyed a lot of success under Pandit as they won both the Ranji Trophy and Irani Cup in the 2017-18 and 18-19 seasons.

KOCHI: Cricket is his life. But even for veteran coach Chandrakant Pandit, the world is at a point where everything — including the game — should take a backseat.One of the most decorated coaches in India’s domestic circuit, Pandit has been gearing up for a new chapter in his career as the new head coach of Madhya Pradesh, but the coronavirus outbreak has made him shift his priorities for the time being. 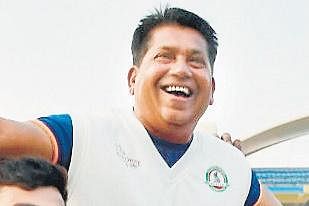 “We are fighting a common fight, whether you are a sportsperson, businessman or a common man. It puts everything into perspective. Cricket is important but we are fighting a bigger battle,” said Pandit.
The 58-year-old acknowledged that living through a lockdown can be a stressful time for cricketers who lead active lifestyles.

“It’s natural that the cricketers are bound to experience some discomfort during these times. But one of the key things that a player needs in the game is temperament and mental strength as they get exposed to all kinds of situations on the ground. This crisis can teach them a lot of things. It’s a time when players can reevaluate everything. The important thing is to accept the situation and respond accordingly. It can make you more mentally resilient,” said Pandit.

There are a lot of questions surrounding the fate of the Indian Premier League. Some notable international cricketers have expressed their desire to see the IPL being played sometime later this year. Pandit opined that the priority should be given to the health and safety of people.

“All of us would love to see the IPL happen. But we have to understand that the health and life of human beings come before anything else. We will only be able to enjoy the sport when life gets back to normal.
“We do not know when that will happen, though. Right now, we have the responsibility of supporting each other and cooperating with the authorities to overcome this situation,” said Pandit.

Vidarbha enjoyed a lot of success under Pandit as they won both the Ranji Trophy and Irani Cup in the 2017-18 and 18-19 seasons.“I haven’t moved from my place because of the lockdown. I’m trying to sit at home and come up with a roadmap for my new assignment and do whatever I can. It’s an exciting new opportunity,” he said.

Stay up to date on all the latest Cricket news with The New Indian Express App. Download now
TAGS
Chandrakant Pandit