Season after season (at the auctions), this trait of his has helped him bag mega bucks despite his below par outings.

BENGALURU:  145. 179. 310. 169. 108. These are Glenn Maxwell’s numbers with the bat in his last five seasons in the Indian Premier League. Royal Challengers Bangalore director of cricket Mike Hesson is not looking much into these stats ahead of the league’s 14th edition. There are reasons for it, as he can win games single-handedly. His international track record suggests as much. Season after season (at the auctions), this trait of his has helped him bag mega bucks despite his below par outings. 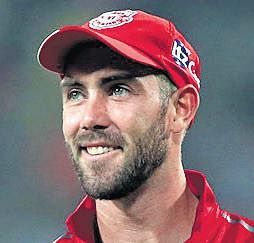 The Australian middle order batsman is looked upon as someone who can relieve pressure off AB de Villiers and Virat Kohli. Aaron Finch failed in that role last season. Will Maxwell be any different? Last season too one witnessed how Bangalore lacked quality players in the middle overs after Kohli, De Villiers and Devdutt Padikkal were dismissed. Lack of runs in the middle overs and no one to finish games at the end cost them a few matches. Hesson is optimistic, regarding the Australian, who has three hundreds and nine half-centuries in 72 T20Is. In IPL, it is six fifties from 82 games.

“He fits in our middle-order. We want some X factor players, that high impact player. Through those middle overs, it is an area (to improve)... to have another player of that quality, just adds to the likes of ABD and a two pronged attack during the middle overs and the back end. He brings in a huge amount in that area. We know that on his day, he can change the game. We need to use him in a space where we can maximise his skills,” said Hesson, who is keen to have a word with Maxwell and make him understand about his role.

Besides his six-hitting ability, the 32-year-old can be more than handy with his off-spin. If required, he can be played as an all-rounder too, which will allow Bangalore to field an extra batsman or a bowler. “We are looking forward to working with him in the next few days to be really clear around that role. From a bowling point of view, he adds some good skills in that area and he is an amazing fielder too.”