“Tamil Nadu’s cricketers have always possessed the skillset to do well in the shorter formats of the game. In fact, I would go to the extent of saying they enjoy playing white ball cricket.

CHENNAI: “Tamil Nadu’s cricketers have always possessed the skillset to do well in the shorter formats of the game. In fact, I would go to the extent of saying they enjoy playing white ball cricket. Therefore, it is not surprising that they are a formidable lot in those formats.” Those were the words of former India opener WV Raman during a chat with this daily earlier. Then, it’s no surprise to see that players from the State — the defending T20 champions — are important cogs in the wheels of various IPL teams. 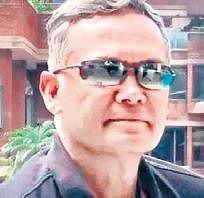 D Vasu, chief coach of the state side, agrees with Raman’s assessment. In a chat with this newspaper, he also analyses what his wards need to do in the IPL to perform well.  “It is not surprising for me that so many TN players have been picked by various teams. When you reach three of the four finals in white ball cricket in two years, it leads to a lot of eyeballs from talent scouts of the various franchises,’’ said Vasu. “TNPL has a lot to do with this. It gave  TN players a lot of opportunity. Plus, due to the money, the focus is on white ball, so everyone gravitates towards it,’’ added the former NCA coach.

Washington Sundar was very impressive in the last six months and Vasu believes that this youngster has a bright future. “Washy is very talented and has the ability to adapt. He has got maturity beyond his age and solid temperament. He needs to get a little more creative in his bowling,’’ said Vasu.

Varun Chakravarthy, one of the finest T20 bowlers in the country, missed an opportunity twice to represent the country due to injury. In the last IPL he was outstanding for KKR. Vijay Shankar after the last World Cup in England has been sidelined due to injury and this IPL serves as an opportunity for him to make an impression.

“Varun is a brilliant bowler who reads the batsman’s mind very well. He is tight and has variations with a flattish trajectory which is often difficult to read. For him fitness is the key. No doubt Vijay Shankar is talented, he needs to put some serious thought and work on his fitness to stay relevant,’’ opined Vasu.

Shahrukh Khan did well batting lower down the order for TN in the Syed Mushtaq Ali meet. But the quality of bowling in the IPL is a notch higher. “Shahrukh was brilliant at the domestic level. The quality of bowling at the IPL is a notch higher than the first class cricket. Shahrukh can be a match winner, provided he adapts to the next level and keeps improving,’’ signed off Vasu.