The International Cricket Council on Wednesday banned former Zimbabwe cricketer Heath Streak for eight years from all cricket-related activites after he accepted five charges of breaching the ICC anti-corruption code, including disclosing inside information and facilitating corrupt approaches. 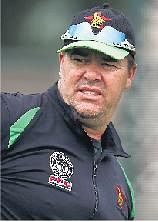 Who is Streak?
One of Zimbabwe’s greatest ever players, Streak is the only bowler from the country to have more than 100 Test wickets and is their leading wicket-taker in ODIs with 237. He played 65 Tests and 189 ODI between 1993 and 2005, featuring in three World Cups. He was part of Zimbabwe’s golden generation that included Murray Godwin and the Flower brothers among others. He captained the side before returning to coach them. Was also the bowling coach of Bangladesh and Kolkata Knight Riders in the IPL.

In the corruption list worldwide
The development came as a shock for the cricketing fraternity as Streak has been one of the faces of the Zimbabwe side for decades. Even when most of their players stopped playing for various reasons, he continued to play. Streak joins a list of high-profile names like Sanath Jayasuriya and Shakib to be banned by the ICC in the recent years. The SL captain was banned by the ICC for failing to co-operate in its investigation.

What are the charges?
Disclosing inside information under both the ICC code and various domestic codes, in circumstances where he knew or should have known that such information may be used for betting purposes. In particular, he disclosed inside information in relation to matches in the 2018 tri-series involving Zimbabwe, Bangladesh and Sri Lanka, the Zimbabwe vs Afghanistan series in 2018, the IPL 2018 and the APL 2018.

Directly or indirectly soliciting, inducing, enticing, persuading, encouraging or intentionally facilitating any participant to breach the code. In particular, he facilitated or attempted to facilitate the introduction of four different players, including a national captain, to someone he knew, or should have known, may have wanted to approach them to provide inside information for betting purposes.

Failing to disclose the receipt of any gift, payment, hospitality or other benefit the participant kn­ew or should have known was given to them to procure a bre­a­ch of the code or that was made or given in circumstances that co­­uld bring the participant or the sport into disrep­u­te.

The breakthrough
When ICC’s ACU was probing Shakib Al Hasan for failing to report an approach, they were led to the involvement of Streak. The ICC found that Mr X approached Streak through a WhatsApp conversation. According to the ICC, Mr X came out clean to Streak about his betting links and also requested his bank account outside Zim. Streak also received an iPhone as gift from the businessman.

Failing to disclose to the ACU full details of any approaches or invitations received to engage in corrupt conduct under the code including in relation to international matches, matches in the 2017 BPL, the 2018 PSL, the 2018 IPL and the 2018 APL.