According to a report in ESPNcricinfo, the bowling legend has had a stent fitted to unblock his artery.

CHENNAI: Sri Lankan cricket legend Muttiah Muralitharan, who is part of the Sunrisers Hyderabad support staff in the ongoing IPL, has undergone an angioplasty at a city hospital here. As per IPL sources, it was a planned procedure and the former cricketer is doing fine.

"A blockage was detected at the end of March. So it (angioplasty) was a routine procedure that was supposed to be conducted. He is doing well," the source told PTI. The 49-year-old is the leading wicket-taker in international cricket with 1347 scalps.

UPDATE: Muttiah Muralitharan has undergone angioplasty. Is expected to join the team in few days. https://t.co/24zdOmjNrW 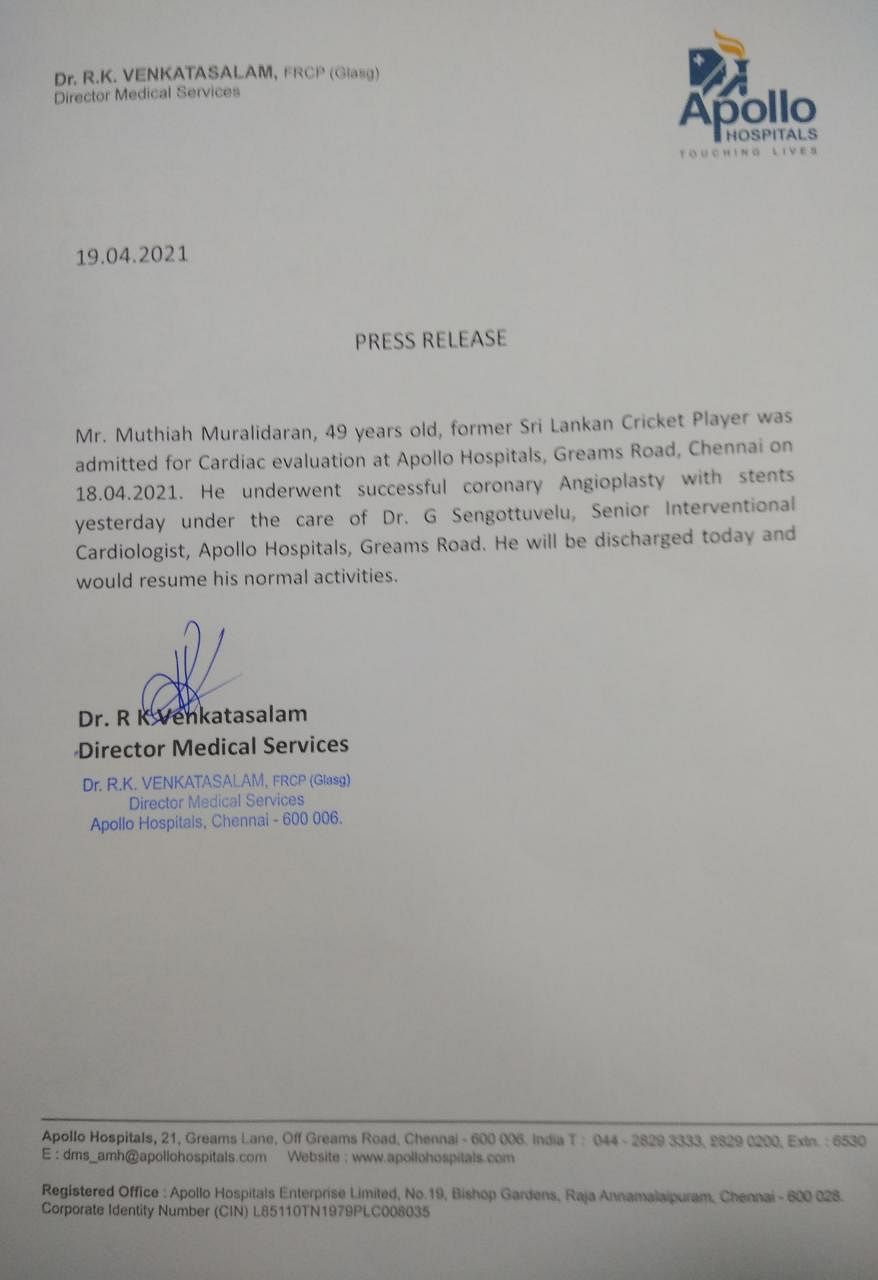 He has been the bowling coach and mentor of Sunrisers Hyderabad since 2015. His team has suffered three losses in a row this season.