Totti now has a director's role with the Italian club, who this season reached the Champions League semi-finals for the first time in 24 years. 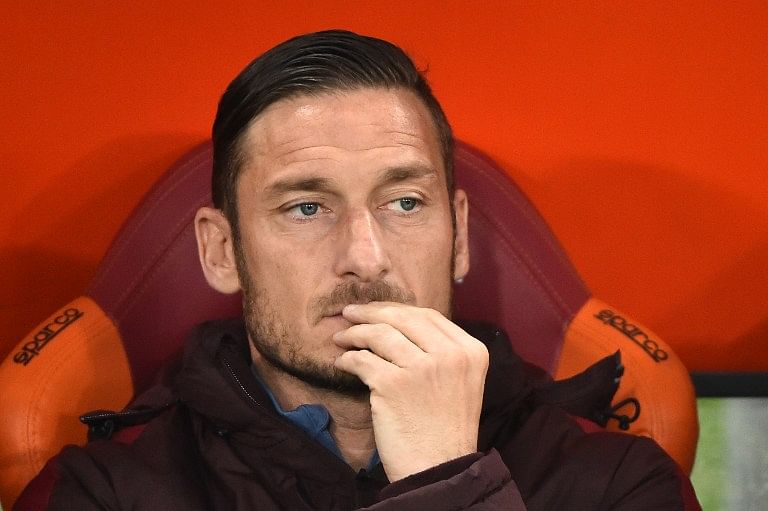 MILAN: Roma legend Francesco Totti revealed on Monday he is writing his autobiography as he marked the anniversary of the day he played his final match for the Italian club.

"I'm writing the story of my life, both football and extra-curricular," the 41-year-old said in an internet video post.

"For me it's a very important project, slowly I will reveal the details," added Totti of the work co-written with journalist Paolo Condo which will be released in the autumn.

On this day last year, Totti played his last-ever match for Roma after a 24-year career with the capital side as they beat Genoa to qualify for the Champions League.

It was an emotional farewell for the forward who joined the club's youth team in 1989 and went on to become the all-time leading goalscorer with 307 goals during a record 786 appearances.

Totti now has a director's role with the Italian club, who this season reached the Champions League semi-finals for the first time in 24 years where they lost to Liverpool over two legs.

Now we are on Telegram too. Follow us for updates
TAGS
Francesco Totti AS Roma Totti autobiography Paolo Condo

BharatPe files arbitration to claw back Grover's 1.4 per cent shares

A 'customer' in a brothel can be proceeded against criminally under the Immoral Traffic Act: HC