Goals, drama, individual brilliance, tears, ecstasy – the final had it all. All eyes were on Kerala Blasters stars Prasanth K and Jithin M S when the two teams lined up.

KOCHI: The electrifying final between Sree Kerala Varma College, Thrissur, and St Joseph’s College, Devagiri, Kozhikode, was the perfect ending for a tournament that is growing in stature with each passing year. The 2019 GOAL final was a much-anticipated one with Sree Kerala Varma, the most successful team in the tournament going up against underdogs and first-time finalists St. Joseph’s College, Devagiri, Kozhikode.

Goals, drama, individual brilliance, tears, ecstasy – the final had it all. All eyes were on Kerala Blasters stars Prasanth K and Jithin M S when the two teams lined up. Prasanth lined up for his college St Joseph’s, Devagiri while Jithin represented Sree Kerala Varma.

There were also some promising talents like Christy Davis, and Rohith K S of Kerala Varma and Shahil T K and Sravan of St Joseph’s who took to the field. The match was officiated by renowned ISL and I-League referee Santosh Kumar. The stage was set for an epic battle. 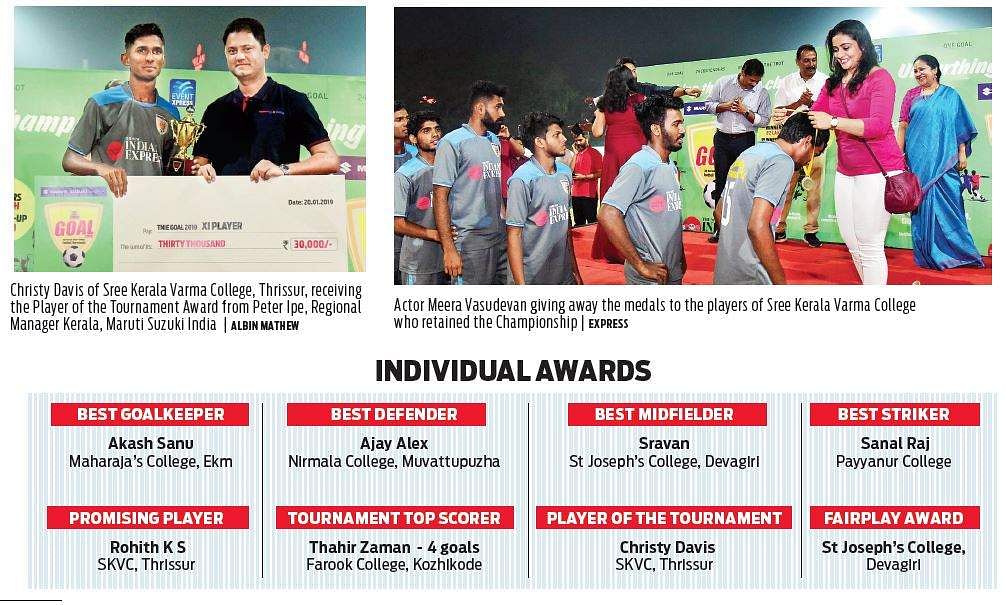 The final was turning into a one-sided affair thanks to the brilliance of star man Jithin M S and Christy Davis as they had a 3-0 lead at one point. However, St Joseph’s proved that they deserved to be in the final by fighting until the very end. They made it 3-3 and only lost in tie-breakers.

“The two fought well and played out a great final. I hope that one day all of you will play for India and not just for your colleges. I congratulate The New Indian Express for conducting such an inter-college tournament for eight years,” chief guest Shashi Tharoor MP said. 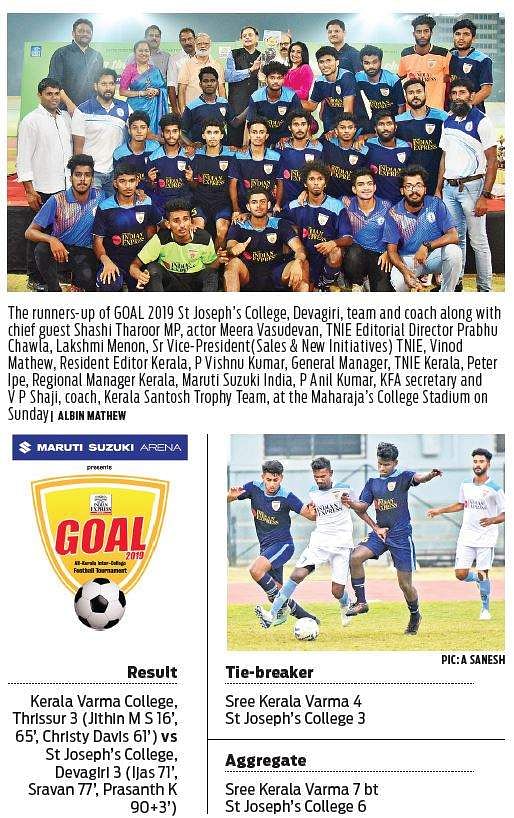