Queiroz to the occasion

As the Portuguese leaves his post after seven long years, his contribution to Iranian football is so much
more than just three good games in Russia. 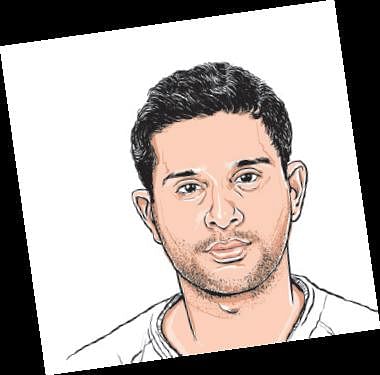 ST PETERSBURG:  During one of his many appearances as a television pundit during the World Cup, former Manchester United captain Roy Keane narrated a story about Iran manager Carlos Queiroz, who he has worked with at the club. Like many stories involving Keane, it ended with him “telling Queiroz off and regretting that he had not ripped his head off ”. But the most insightful bit came towards the end. “But yeah!” Keane signed off. “He is a very good coach.”

The 65-year-old has stacked up many achievements through his career. Bringing through the likes of Luis Figo as Portugal’s youth coach. Providing the ideal foil to Sir Alex Ferguson at United. Winning the Champions League with them. And now earning a compliment from the notoriously vindictive Keane. But, Team Melli’s performance in Russia will probably be Queiroz’s professional high point. Iran beat Morocco in the opener, contentiously lost out to Spain in a narrow match, and then held Portugal 1-1 in the final game after a couple of VAR decisions went against them. If a couple of those calls had gone their way, Queiroz and Iran would have made it out of the toughest group of the tournament. What Queiroz had to put up with in the build-up to the tournament makes this feat even more special.

With many countries shunning Iran following the renewal of American sanctions, teams cancelled preparatory friendlies. Greece and Kosovo withdrew from matches while Sierra Leone fielded a B team. At the very last moment, Nike ceased supplying boots. Queiroz has already gone through so much more during his stint with Iran. He has had to set up his own friendly games, and personally check if flights for the team had been booked or not. Many of Iran’s preparatory camps were set up using his personal connections.

As he leaves his post after seven long years, Queiroz’s contribution to Iranian football is so much more than just three good games; perhaps quite aptly summed up by the man himself during an interview earlier this year. “My players and I work on a pitch of 60 metres. I have been in Iran for seven years and due to finances, it hasn’t been possible to build a field. Off the field, I have committed myself to building a training and performance centre. It’s still not complete, but it’s better than six years ago. “It’s one of my dreams to leave behind a legacy.

Not just of attitude, results and good football, but something that can show that I was in Iran. My dream was to rebuild or renew the training facilities with a real pitch and top standards. That was not possible. I fought for it. Today, I believe that before I leave Iran in July, I will be able to finish the centre. “It will be a facility that will remain for 50 years, to prepare the youth and national players with a proper recovery area and a proper gym. Not your common gym, but for performance. A specific training centre to prepare football players. The day that I will leave Iran after the World Cup and I see the facility, I can sleep in peace.” They will no doubt opt otherwise, but Iran could do a lot worse than to name that new performance centre after Carlos Queiroz.

All set for resumption of Amarnath Yatra after three-year suspension

'SC ruling in Zakia Jafri case deeply disappointing, will then CM ever be held accountable': Congress