His players sat on the ground with their heads buried between their knees as if the world had ended. Joachim Low walked on to the pitch, the defeat accentuating the wrinkles on his face. 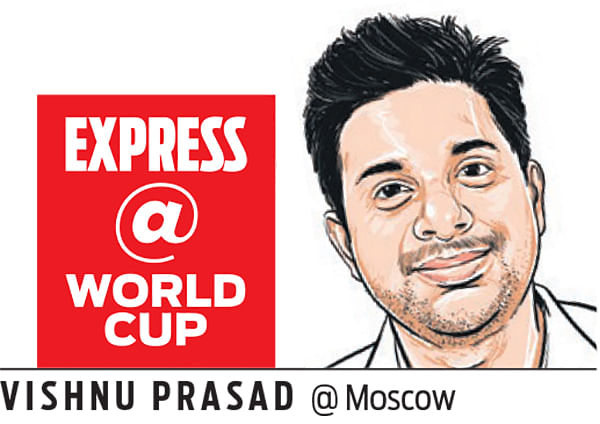 MOSCOW: His players sat on the ground with their heads buried between their knees as if the world had ended. Joachim Low walked on to the pitch, the defeat accentuating the wrinkles on his face.

In the stands, Germany’s fans filled the empty beer glasses they were holding with tears. For the defending champions, the World Cup was over. It was the first time they were exiting the tournament at this stage after 1938!

IN PICS | 'Champions' Curse' explained: Germany joins the band of defending champions to bow out early from WC

Germany are the third straight champions to fail to progress beyond the group stages, after Italy in 2010 and Spain in 2014. The curse of the World Cup champions is alive and well. No one expected this was how they were going to go out.

The difficult task was beating Sweden, which they completed with a goal seconds from close. South Korea was supposed to be a walkover. Why would the champions have a problem with a team steam-rolled by every other team in the group? Yet South Korea 2 Germany 0 sees Sweden and Mexico progress from Group F, with the Germans lying rock bottom!

Prophet remarks: Lookout notice issued for Nupur Sharma after she fails to appear before Kolkata Police