No boots, no problem as coach Carlos Queiroz plays up Iran unity ahead of Morocco clash

Nike announced they have been forbidden from providing football boots to Iran's squad during the tournament, on account of sanctions imposed against the country by the United States. 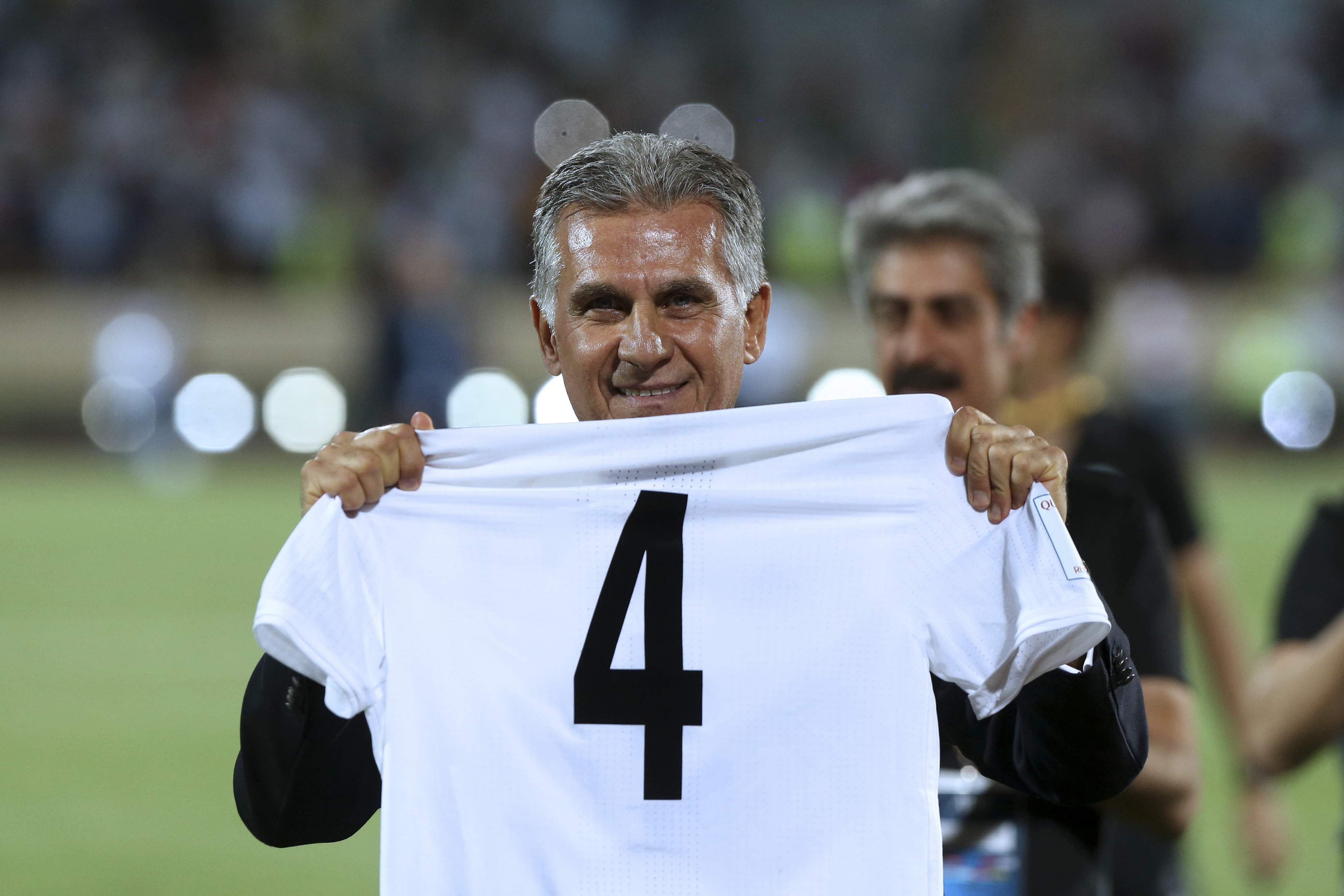 SAINT PETERSBURG: Iran coach Carlos Queiroz believes his players have been brought closer together by Nike's decision to cut their supply of World Cup kit to the team but the acid test will come against Morocco tomorrow.

Nike announced they have been forbidden from providing football boots to Iran's squad during the tournament, on account of sanctions imposed against the country by the United States.

The late decision has disrupted Iran's preparations, with some players reportedly having to buy their own footwear from Russian shops or even ask club team-mates for help.

"It has been a source of inspiration for us," Queiroz told Sky Sports.

"This last comment of Nike was, in my personal view, an unnecessary statement. Everybody is aware about the sanctions.

"They should come out and apologise because this arrogant conduct against 23 boys is absolutely ridiculous and unnecessary."

Iran head into the match against Morocco in Group B on the back of a difficult build-up to the tournament overall, after friendly matches against Greece and Kosovo were also cancelled.

It remains to be seen whether Queiroz's defiant verdict bears fruit, given any loser of Friday's crunch fixture in Saint Petersburg would be left needing to beat either Spain or Portugal to reach the last 16.

"We have the potential to surprise Morocco in our first match," Queiroz said.

"We know their team very well but I suspect they know very little about us."

Queiroz's mood may seem bullish but, despite upheaval off the pitch, his team have been in excellent form on it.

In Brazil four years ago, they were sunk by a late Lionel Messi strike in the group stage against Argentina but there was enough in Iran's performances to persuade Queiroz to stay on.

The former Real Madrid coach and Manchester United assistant had already overseen them climbing from seventh to top of the Asian rankings and since the last World Cup, they have not lost a competitive game.

That run includes 22 matches and even saw Iran as the first team to qualify for Russia.

But, if they are to upset the expected duopoly of Portugal and Spain, Iran will surely need to beat Morocco, who managed not to concede a single goal during their own stellar qualifying campaign.

French coach Herve Renard has instilled a relentless work ethic and defensive discipline in his team but this will be the country's first outing at a World Cup since 1998 and organisation will take the Atlas Lions only so far.

After Spain sacked their coach Julen Lopetegui on Wednesday, two days before their opening match, both Morocco and Iran will hope the likelihood of a surprise run has been boosted.

"We have a tough draw," Renard said.

"It will be a matter of making the most of any chances we get."

Now we are on Telegram too. Follow us for updates
TAGS
Iran sanctions Carlos Queiroz US-Iran Iran football team