It will be the first time Brazil brings a prominent attacking foursome like the one that attracted all the headlines 12 years ago with Ronaldinho, Kaka, Ronaldo and Adriano. 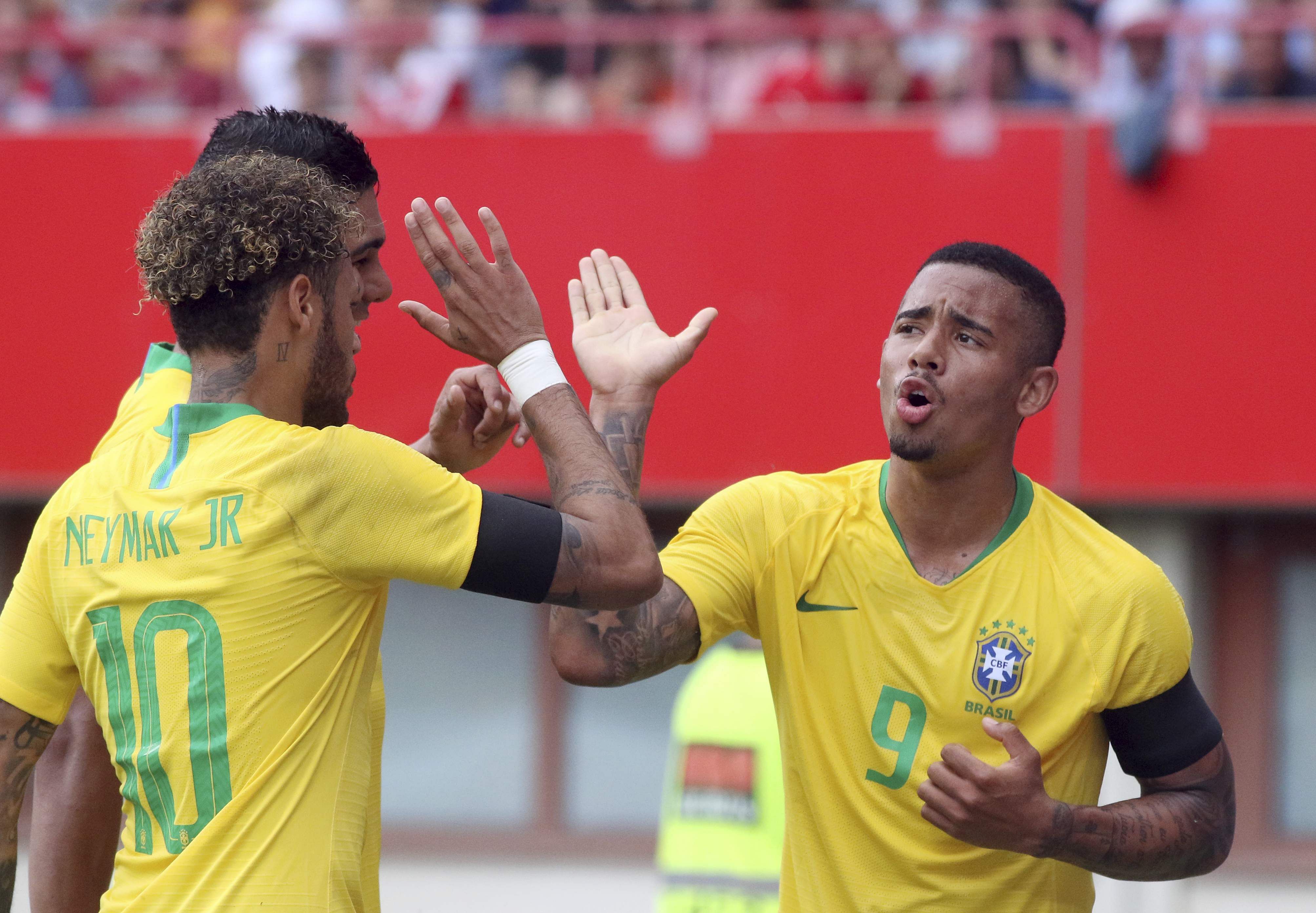 SOCHI (RUSSIA): Brazil will be experimenting with a new version of the "magic quartet" in Russia.

More than a decade after the five-time world champions arrived for the World Cup in Germany with its prolific foursome of Ronaldinho, Kaka, Ronaldo and Adriano, Brazil is set to use a "Fab Four" of Neymar, Willian, Philippe Coutinho and Gabriel Jesus to try to win its first title since 2002.

It will be the first time Brazil brings a prominent attacking foursome like the one that attracted all the headlines 12 years ago.

Brazil coach Tite still hasn't announced his starting lineup for the opener against Switzerland in Rostov-on-Don on Sunday, but all signs show that he will stick to the quartet that helped the team ease past Austria in its final warm-up match last week.

It was the first time the four players started together under Tite, and the lineup earned nothing but praise after the convincing 3-0 win.

"This formation is a very strong one," Tite said. "It gives us a lot of creativity and aggressiveness."

Tite had said the performance against Austria would likely determine whether he would keep the foursome for the World Cup opener. Neymar, Gabriel Jesus and Coutinho each scored for Brazil in Vienna.

Tite used the Fab Four formation in parts of the team's practice sessions on Tuesday and Wednesday.

The quartet is considered Brazil's ideal lineup but it hadn't played much together until now for various reasons, including Neymar's absence since February because of a foot injury. The game against Austria marked his first start since recovering from the injury. He had come off the bench in the second half of the team's 2-0 win over Croatia in Liverpool.

The foursome had been together only three other times, and not for many minutes. Douglas Costa had played in Neymar's position most of the time, and Renato Augusto had been Tite's preferred option to compose the midfield instead of Willian.

The coach tested the quartet formation in the friendly against Russia in March, but with Costa up front instead of the injured Neymar. Brazil won that match, also 3-0.

The concept of the Brazilian magic quartet first gained prominence at the 2005 Confederations Cup, which Brazil won. It clinched the title with a 4-1 win over Argentina in the final, when Adriano scored twice and Kaka and Ronaldinho added a goal each. Then-coach Carlos Alberto Parreira used Robinho in the attack instead of Ronaldo, who didn't play because of personal reasons.

Ronaldo was fully available by the time the World Cup arrived, and Brazil was heavily favored to win the title in Germany with the quartet back together. But after cruising past the group stage and easily eliminating Ghana in the round of 16, Brazil's much-hyped foursome lost to France 1-0 in the quarterfinals.

Gabriel Jesus was quick to dismiss any comparisons between the two quartets.

"We can't erase history," he said. "I want to be part of Brazil's history, but that doesn't mean that whatever happened in the past won't be significant anymore."