Brazilian media even started monitoring his dives during games, and the internet was filled with images showing the Paris Saint-Germain player falling and rolling around on different occasions. 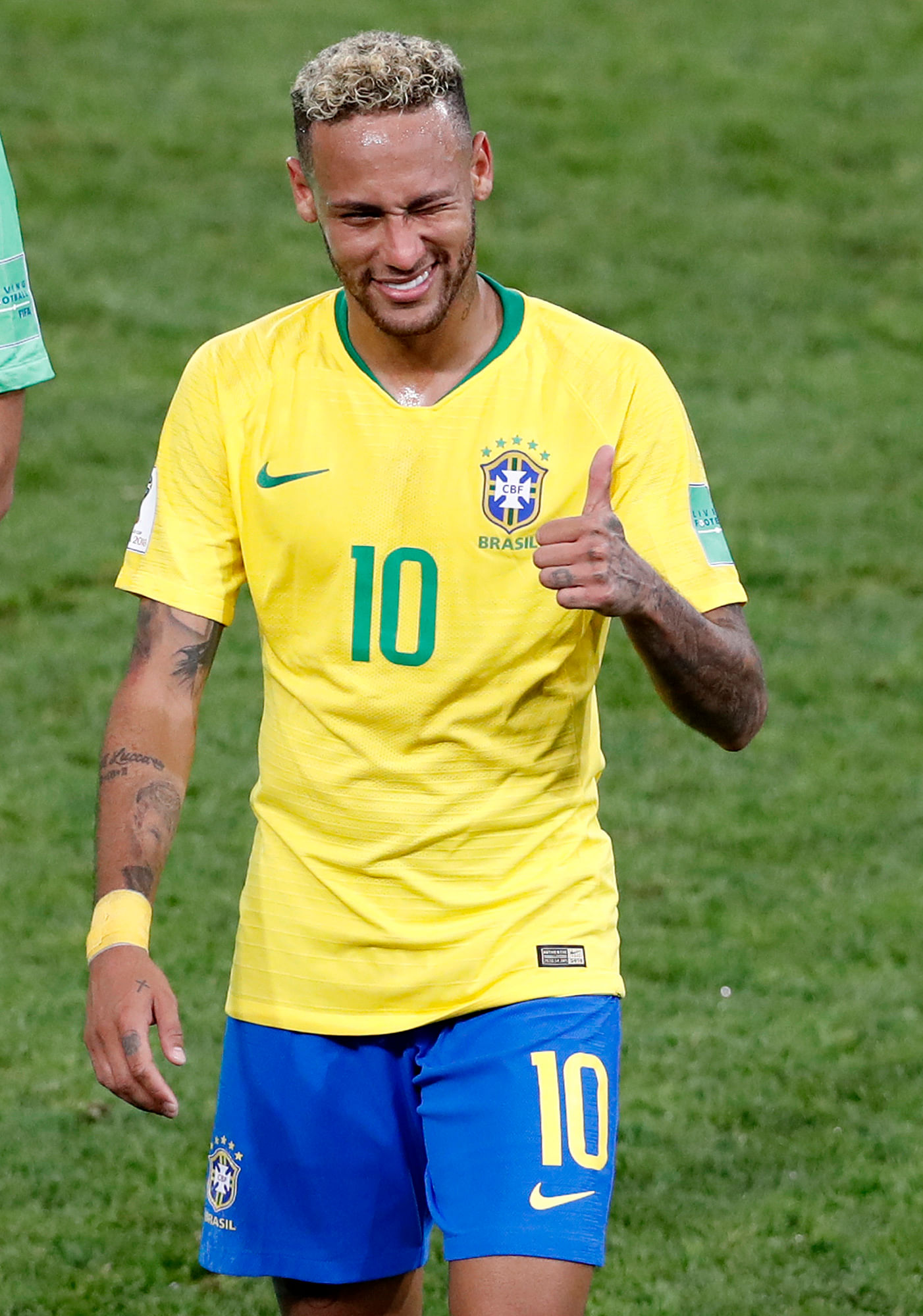 SOCHI: Brazilians finally got to see the Neymar they like, one that spends less time diving and more time trying to help the national team at the World Cup.

After two disappointing performances in Russia, Brazil's star forward played well in the team's 2-0 win against Serbia on Wednesday, leading the five-time world champions to the round of 16.

Although he didn't score, Neymar carried Brazil and helped the Selecao secure first place in its group, setting up a matchup against Mexico in the next round.

"Neymar is an incredibly great player," teammate Philippe Coutinho said. "He is important to the Selecao. We are happy to see him playing like this again."

Neymar was decisive and looked a lot more relaxed than in previous matches, when he was mostly criticized for flopping and bickering.

Brazilian media even started monitoring his dives during games, and the internet was filled with images showing the Paris Saint-Germain player falling and rolling around on different occasions.

A pub in Brazil tried to attract customers by offering a free drink every time Neymar fell in the game against Serbia.

READ | Brazil bar to give shots every time Neymar falls

He still went down a lot on Wednesday, and in part because he was fouled a lot again, but it was a much better showing than in previous matches.

He had gone down every nine minutes on average during the 1-1 draw against Switzerland and the 2-0 win over Costa Rica, according to the analyzes by Brazilian media, but he only fell six times against Serbia — once every 15 minutes or so. He still attracted online attention for rolling several times after being tackled near the sideline, although he was actually fouled on the play.

During the game against Costa Rica, a penalty call was reversed by video review after images showed that Neymar flopped after being touched by a defender inside the area.

Neymar hadn't played poorly until now, but his performances had been below expectations. He was criticized by many back home, with some saying he was more worried about his haircut than his game. Many questioned whether he was mature enough to handle the pressure that was put on him entering the World Cup.

"He's all right," said former Brazil player Edu Gaspar, the Brazilian federation's coordinator in Russia. "He knows that he's a really strong player. He's improving in the competition so his mind is really clear. He's helping a lot."

The 26-year-old Neymar made his World Cup debut in 2014 in Brazil, when he had to leave the tournament after hurting his back in the quarterfinals against Colombia.

"He's a very important player because he's one of the best in the world," Gaspar said. "We were worried about him a month ago because you didn't know (which) Neymar you (would) find in the national team. He's getting fit and he can even improve a little bit more."

Neymar arrived in Russia surrounded by doubts about his fitness because he was sidelined for nearly three months following surgery on his right foot.

Coach Tite had said Neymar would only be at his best in the game against Serbia, and it seems his prediction proved correct.

Now we are on Telegram too. Follow us for updates
TAGS
Neymar FIFA World Cup 2018 Neymar diving Brazil football team