The Indian Premier League of a thousand controversies that has been the focal point of the Indian cricket calendar for the last 10 years, is back.

The Indian Premier League of a thousand controversies that has been the focal point of the Indian cricket calendar for the last 10 years, is back. If the thronging crowds at the stadiums are any indication, it is thriving in the pulsating beat of fours and sixes.

It is a two-month carnival, that divided the world like never before, the purist squirming at the disrobing of cricket’s traditional attire and the neo-converts swearing by it. This dazzling, psychedelic version of the sport is now being replicated all over the world and regardless of conflicting points of view, it is here to stay. 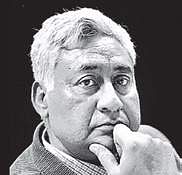 This 20-20 version is already making deep inroads into cricket’s traditional structure, with the earnings of players, even with limited talent, crossing many fold of what someone representing his country earns.

Anyhow, this is not a piece to pick holes and find reasons to belittle the IPL and question the preference of spectators. Here I am going to raise the question of the workload on players, especially in the context of the IPL, as the tournament comes at the fag end of a busy season. This, in turn, plays havoc with the fitness of players and leaves them unfit for post-IPL fixtures that involve bilateral contests.

Rewind to 2011, when the IPL was held immediately after India won the World Cup at home. Players carrying niggles and even serious injuries played in the tournament for obvious reasons. The kind of staggering money they get for playing in the league probably leaves them in no position to say ‘no’ and they are willing to sacrifice the nation’s interest for franchise loyalty.

The disaster that struck India post IPL 2011 is well known, with players like MS Dhoni, Gautam Gambhir, Virender Sehwag, Zaheer Khan and Sachin Tendulkar unfit to tour the West Indies. Its ripples were felt when the England tour began and the team was unable to even put up a fight.

India were so badly whipped not only in England, but in Australia as well, that all the gains from a World Cup victory lay in tatters.

This IPL has seen a more pragmatic approach, with key India players — K Rahul, Murali Vijay and R Ashwin — not seen in the tournament so far. The good news is that if a player has to return to the IPL, he has to pass a fitness test conducted by the Indian board.

Kohli, who sustained a shoulder injury during the Australia series, had to miss the final Test and his team’s first three IPL matches. One can understand the pressure he must be under from his franchise and possibly also because of his own passion and hunger to be back on centre stage.

The worry, and we have past experience behind us, is that Kohli and all the injured players may be pushed into playing despite not being 100 per cent fit. No one wants a repeat of the post 2011 IPL performances from the Indian team, especially when this bunch has had such a wonderful home run and has the potential to do well abroad as well.

India, after the IPL, will play most of their matches abroad and it  needs a fully fresh and fit team to cope with the difficult challenges that alien conditions pose. It will be a real tragedy if injuries thwart India’s bid to retain its Number 1 Test status this year.