Fast four: How the teams in the playoffs stack up

With league phase of IPL-10 coming to an end & qualifiers identified, Express takes a look at who and what helped the sides get there.

Story so far: Known to be slow starters, got off to a flier, winning six of their first eight games. Managed most of their early wins without big contributions from key players such as Rohit Sharma, Lasith Malinga and Kieron Pollard. Were involved in quite a few close games. An extra chance to make the final is just reward for a team with all-round strength. 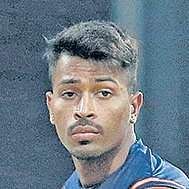 Runs lower down the order hasn’t been a problem for Mumbai, thanks to the younger Pandya. He has shown his death-over prowess too.

One of the highlights of the league stage was his nerveless performance in the Super Over against Gujarat Lions. Will be key in the knockouts.

0: No of Mumbai Indians batsmen in the top 10 of the run-getters list. They have two bowlers in the top 10 (Bumrah and McClenaghan).

Story so far: The surprise package of the tournament, Pune started by losing three of the first five games, before winning seven of the next nine. Three men have been at the heart of the resurgence — Ben Stokes, Rahul Tripathi and Jaydev Unadkat. Surprisingly found a player to single-handedly take them to wins on more than one occasion. Beat Kings XI on the last day to take the second spot. 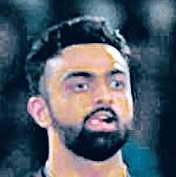 Bought for his base price of Rs 10 lakh, Tripathi has proven to be the find of the season for Pune, scoring 388 runs at a strike rate of 150.97.

Has quietly finished the league as second highest wicket-taker (21 scalps at ER of 7.37). Picked up a five-for and helped Pune defend 148 in crucial game vs SRH.

9: MS Dhoni is playing in the knockout stage of the tournament for the ninth time. He only missed out once, with Supergiant last year.

Story so far: Proved that last year’s triumph wasn’t an aberration. Once again, Warner has led from the front and Bhuvneshwar Kumar is favourite to win the Purple Cap. They have also benefitted from unheralded players, such as Rashid Khan and Mohammed Siraj. Were never out of the top 4 for long, winning four of their first seven matches, and four of their next seven.

There’s not much bowlers can do when Warner is on song. Despite being an overseas player, has got the best out of Indians as skipper.

A much-improved bowler in recent times, has been at home in the shortest format over the last couple of seasons. Impressive both upfront and at the death.

Story so far: League campaign didn’t end the way they would have liked, with two straight losses, but it was perhaps the wake-up call they needed.

Against Mumbai Indians, where a win could have given them a top-two spot, they faltered chasing 173. That said, they also never looked like not making the playoffs. The top-order kept firing, but middle-order may cause concerns though.

Not many in these parts knew of the explosive Australian before this edition. An explosive option up front and a brilliant fielder, here’s a good package.

The mystery spinner has lost some of his aura as a bowler, but unorthodox and ballistic batting on top has more than made amends.