From balancing studies and table tennis to dealing with the demise of his father, G Sathiyan  has risen to become India’s best-ranked men’s player. Ayantan Chowdhury finds out how

G Sathiyan was finding it tough juggling his engineering assignments with his table tennis training. Leaving home at the peak of dawn and returning late in the afternoon, the Chennai lad had very little time to devote to training. His mode of keeping in touch with the game was looking at videos of then World No 1 Ma Long during breaks from class.
Fast forward nine years and the 26-year-old faced off against the reigning Olympic champion in the

recently concluded ITTF Asia Cup in Japan. While he could not come up trumps, he did take a set off the Chinese and pushed him all the way. Not a minor achievement at all.
The India paddler has an interesting anecdote to share. “The day before facing him, he came to the venue to train but stopped to watch me practice. That gave me confidence. Previously, Chinese players never bothered about us. It just shows how far we have come.” 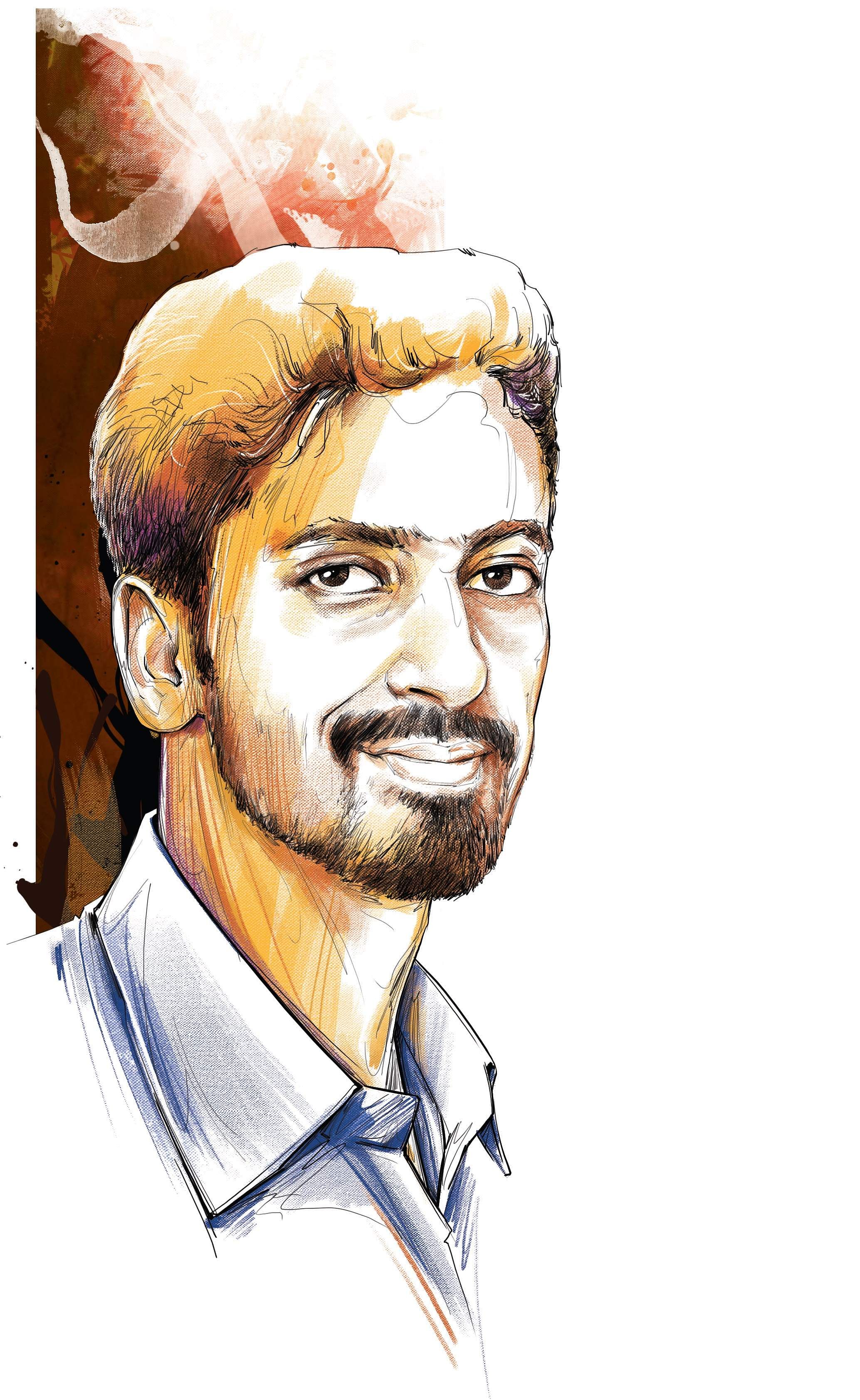 And despite the loss, Sathiyan managed to finish sixth and secure his place in the World Cup, set to happen in Chengdu later in the year. The match against Long was a personal landmark, something he will cherish. “When I started out I never thought in my craziest dreams that I would make it this far. The journey has not been easy. But this just goes to show that if you work hard enough, dreams do come true!”

While some players start playing a sport after seeing one of their family members excel, Sathiyan had no such connection to ta­ble tennis. He was five wh­en he stood in front of a TT table, barely tall en­ough to reach it. And his introduction to the sport was because his mother, like all typical Indian moms, wanted her son to be involved in some sort of extra-curricular activity.

And while parents usually encourage their wards to play, it is usually not at the expense of studies. Something that the Arjuna aw­a­rdee realised once he found his ca­lling. “I made the state U-12 te­am when I was eight. I started progressing quite well for my age. But I had to remain absent for long periods in school. The principal and teachers were apprehensive at first. I remember them telling me how proud they were of their 100 per cent pass record. My friends and parents helped with my studies. The funniest thing was that I scored more than my friends!”

But engineering was a different ball game. The study hours we­re lo­ng, assignments hard and his peers — Harmeet Desai and So­u­m­y­ajit Ghosh — were excell­i­ng wh­i­le he was stagnating. He was retu­rning home so tired that pr­actice was taking a beating. “Doubts were creeping in. I was falling behind. I needed that extra push.”

The student of St Joseph’s Coll­ege of Engineering had been und­er the tutelage of V Chandr­as­e­k­h­ar till then. In 2012, he decided to ch­ange coaches and came under the wings of S Raman, with whom he trains till date. The former nati­o­­nal champion was a hard taskm­a­ster which Sathiyan found difficult to cope with at first. But lo­­­­­o­king back, he feels that was exactly what was needed.
“I will forever be indebted to Chandrasekhar sir for all the guidance in my formative years. I needed to be pushed and Raman sir did exactly that. He brought in new methods, focussed a lot on fitness and basically gave me very little time to relax.”

“I used to come home from college, take a power nap, eat something and rush to training.”
That was the schedule earlier. But Raman had other ideas. He made the World No 28 get up early, do his fitness work with Ramji Srinivasan (now with Tamil Nadu Ranji team) and then leave for college. The Olympian used to keep sandwiches ready at the training centre so that time wastage could be avoided.
“I barely used to have any strength left. My father who had returned home full-time from abroad was worried because table tennis did not seem like the best career option at that time. He wanted me to at least finish my graduation.”
He was bestowed with a scholarship under the Elite Scheme by the Sports Development Authority of Tamil Nadu and his participation in international tournaments increased. His attendance dropped. Sathiyan took help from his friends to complete his assignments. “I was OD (on duty) for most of my classes. My friends still call me OD. If not for their help, I could never have passed. I managed to fulfil my father’s wishes. That was probably the last thing I could do for him.”

Our greatest glory is not in never falling, but in rising every time we fall: Confucius
Tragedy struck in November, 2015. While his game was flourishing, albeit at a slow pace, Sathiyan’s father left for the heavenly abode after losing his fight with cancer. His world came crashing down. His entire family was devastated. “The main thought that came in my mind was how could someone who led his life in such a disciplined manner (no smoking and drinking) be taken away under such cruel circumstances.”
Then started his paradigm shift. His gameplay involved ca­lculative moves and playing it sa­fe. In life also, he was averse to ch­ange and always adopted a safet­y-first approach, something he le­a­rnt from his father. But not any more.
“There was a total mindset change, not only towards my game but also in my daily life. I started taking more risks. My father’s death changed me as a person. I was always worried about the future. I was a person who was always calculative: what is going to come next, and if I do this, what will happen next.
“But I felt like when there’s no guarantee as to what’s going to happen tomorrow, what’s the point in calculating so much? If there is no guarantee for life, where is the guarantee for what is going to happen in sport?”
The diminutive paddler’s new nothing-to-lose attitude started pa­ying immediate dividends. He became the second Indian to win a ITTF World Tour event after annexing the 2016 Belgium Open. The winning run did not stop th­ere. In 2017, he won bronze in ITTF Challenge Thailand, ITTF Challenge Belgium, ITTF Major Sweden; silver in ITTF Major Bulgaria in doubles. He rounded off the year by clinching the ITTF Challenge Spanish Open, in Almeria.

The mere mention of 2018 sees a sparkle in Sathiyan’s eyes. He bec­o­mes excited. The list of wins is lo­ng. The run started from the Co­­mmonwealth games wh­­­­­­­­ere he won silver in men’s doub­l­­es, bronze in mixed doubles and to­pped it off with a gold in men’s team.
“Those were heady days indeed. None of us thought those achievements could be topped, least of all at the Asian Games.” But destiny had other ideas. India won men’s team bronze in Jakarta, first Asiad medal for India in the sport. “It just showed we were capable of going toe to toe with the best in the world. Suddenly an Olympic medal did not seem like too far-fetched an idea.” The year was not yet done. The India Government conferred Sathiyan with the Arjuna award, another high in his burgeoning career.
Currently, Sathiyan is World No 28, the highest ranking ever achieved by an Indian. And Sathiyan plans to enter the top 15 by the year-end. He is not leaving any stone unturned in his efforts. From going to top Asian countries for training, to employing a mental trainer, dietician as well as using the best of equipment, the dream keeps gathering steam.

When Sathiyan started out, A Sharath Kamal was India’s torchbearer. But the youngster has overtaken the veteran in terms of ranking. But Sathiyan refuses to tow the line. “What Sharath anna has achieved, nobody can do it. Not even me. He is an inspiration. I want to chart my own course.”
And charting course he is. From signing up with Baseline to handle his media rights to branching out on social media, he is doing his own thing. He wants to make the most out of his career.
“I have made so many sacrifices. I hardly meet my family and friends. I don not regret all those decisions. I want to prepare for everything and give back to the people who have helped me in my growth as a player.”
And what has he done so far? “My friends only want KFC! So that is one headache less! But I always dreamed of shifting to a new place. So work on that front has almost been completed. It is going to be named after my dad. Wherever he is, hope he is watching and is satisfied with my decision of becoming a table tennis player.”