Everyone knew that about him and when you were fighting with him, you knew that losing was not an option for him.

On Saturday, I awoke to news of the terrible accident that befell my former teammate, fellow competitor and friend Ashwin Sundar and his wife Niveditha. It was a shock to hear something like this involving a person that I grew up with.

Ashwin and I go a long way back to when we were kids in the karting circuit. In our younger days, we both shared a kart. We were teammates for an endurance series in India and Malaysia. For a year or two, we had some good results. Even in India, we won some races as teammates. We just gave each other some fierce competition, be it in Formula Rolon or Formula LGB. 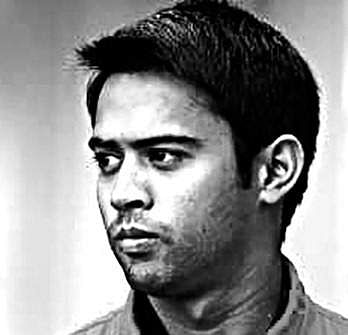 We grew very close to each other when we raced together in Germany in 2009 in the Polo Cup. We were travelling and staying together throughout the series. In my first year of international racing, I had travelled with just my dad for company. But in the second, I had Ashwin with me. We stayed in the same hotel and we had great fun, exploring the cities that we were in.

We had many battles on the track, some which ended well, some which didn't, but that never affected our relationship off the track. I think anyone who raced with him will say that he is one of the best drivers to ever come out of this country.

And he enjoyed success in two-wheelers as well! I don't think there is anyone in the country who has achieved so much success in both two-wheelers and four-wheelers, that too in such a short span of time and at such a young age.

As a competitor, he was someone who'd never settle for second. Everyone knew that about him and when you were fighting with him, you knew that losing was not an option for him. He was always regarded as one of those tough competitors. In fact, even when he came back last year, everybody was like, 'Oh, Ashwin's back. It's going to be tough.'

In the last few years, Ashwin wasn't racing much. I don't know why he took a break from racing. He competed hard from 2008 to 2013. I never really asked him why he did not pursue it internationally.

In those years, we did not talk much. But last year, I went for his wedding reception. Then, when he came back, I was there during a race and we caught up. It's hard to describe the sadness that his demise has caused. I hope that he and Niveditha rest in peace.
The writer and Ashwin grew up together as racers