For Deepak Hooda, captain of Puneri Paltan, kabaddi has been a means to a decent livelihood. He lost his mother when he was four. His father passed away in 2013. Hooda is the sole bread winner of the

CHENNAI: For Deepak Hooda, captain of Puneri Paltan, kabaddi has been a means to a decent livelihood. He lost his mother when he was four. His father passed away in 2013. Hooda is the sole bread winner of the family.

“I had to leave studies and started playing kabaddi when I was 16. I participated in local tournaments for the prize money. While playing those matches, I developed interest and decided to take up the sport seriously. My sister  Poonam has been a pillar of support,” said Deepak.

Kailash Kandpal, CEO of Puneri Paltan, beleives PKL has changed the lives of players. “PKL has popularised kabaddi and been a huge platform to young players. It has given them financial stability. It has given players from small towns fame, respect and recognition.”

Hooda is happy that the sport has beocme city centric. “Many prominent schools and colleges are organising, taking part in inter-school and inter-college kabaddi tournaments. There is a surge in the number of people enrolling in city kabaddi clubs. Even the viewership in cities has increased. Kabaddi has become a topic of conversation in cafes and restaurants. It’s interesting to know that kabaddi is the second most watched sport in India after cricket.”

Under Hooda’s leadership, Puneri Paltan has only lost three of the 12 matches they have played. Hooda has scored 3 super raids in the season so far. He has also crossed the 400-point mark this season. “Our team has won 9 matches. We are third on the Zone A table. We have a good momentum at this point and hope to keep it going. Last two seasons we finished third, This year we aim to finish first,” said the Haryana raider. 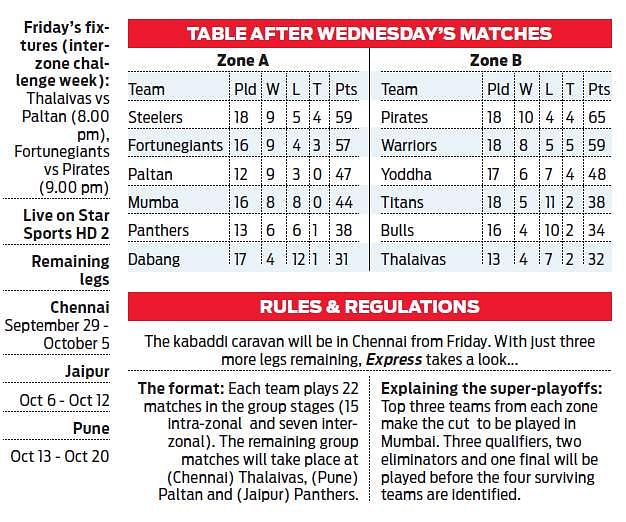