Five medals, not all boxes ticked

The intensity of the boxing bout between Amit Panghal and Scotland’s Aqeel Ahmed bordered on the extreme. P

GOLD COAST : The intensity of the boxing bout between Amit Panghal and Scotland’s Aqeel Ahmed bordered on the extreme. Panghal landed more blows, but the Scot was ferocious. Panghal’s counter punches were ineffective and he was not moving like a professional. He landed more punches on the Scot though. The split verdict in the end reflected the closeness of the bout. Panghal won 4-1. You should not leave it to the interpretation of the judges. It’s risky. Panghal’s compatriot Naman Tanwar did not break a sweat while demolishing Samoa’s Frank Masoe 5-0 on his way to the medal round. Hussamuddin Mohammed (56kg) and Manoj Kumar joined them in the semis.

Five male boxers are assured of medals. That’s a creditable achievement. However, India’s Swedish coach Santiago Nieva was not happy. The strategy he has been trying to enforce has not materialised fully. Besides punches and counter punches, positioning is critical in boxing. Ever since he joined the team, Nieva has been trying to get that right. He was not happy with Panghal’s effort. “We can’t afford one bad match since it changes the medal colour,” he said. He thinks Panghal keeps getting trapped against the ropes because he doesn’t use both hands efficiently and positions himself. Boxing is like playing chess — you analyse the opponent and calculate your moves in advance. 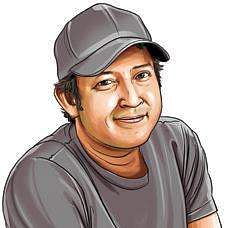 When you are in the centre, you have the whole stage around you. You cannot afford to get cornered. Nieva felt this is something missing from the Indian boxers’ repertoire. He wants them to be at the centre of the canvas while attacking. “It helps to cover the sides and will enable you to see where the opponent will move.” It’s about anticipation. “That’s crucial. You have to read the mind of the opponents and think of their moves accordingly.” This means you calculate your move three punches in advance. “That way they will save a lot of energy,” the coach said.

Even when cornered, boxers need to come to the centre. “When they are defensive and cornered, they must make their way back to the centre,” he said. Nieva was baffled how this has been missing from Indian boxers. “I was surprised. This is fundamental for any boxer at the elite level. It needs more work and it will take time. By fundamentals, I mean something basic in elite boxers. If you play football or cricket, positioning is important. This is true in boxing as well.” Nieva is taking help of videos too, which he sends through WhatsApp to every boxer. “This helps,” he said. “It’s better than telling them. It’s easier to understand. These situations come over and over again. We show them tactical things – like positioning. Then about how to get out of holding, something that haunted the team last year.”