The twenty-first edition of one of the oldest multi-discipline Games has left a lasting impression thanks to the way in which it was organised, among other things.

GOLD COAST: At the entrance of the Carrara Sports Precinct, a handful of volunteers — or Games Shapers as they were called — were taking selfies. Parting words were exchanged. Amid hugs and goodbyes, the curtains came down on the 21st Commonwealth Games. The temporary structures used to screen spectators and accredited members of the Games were shut on Sunday. On Monday, there was no trace of any of it. Such was the swiftness with which the authorities swept into action.

No security personnel was seen. Perhaps they were asked to leave to cut cost. They were getting around A$400 per day. The Games security gave a scare in between when some left during the event and others had to fill in. Schools were given a holiday on Monday because buses were used to ferry athletes and officials to the airport.

In the end, Gold Coast was perhaps one of the better-organised Games. The sporting culture was reflected in the way it was conducted. Fans’ participation was paramount at all venues. The Oxenford arena had a small boxing ring outside the hall with two giant punching bags. Before the wrestling event at the Carrara Precinct, a temporary wrestling arena was built to encourage youngsters to wrestle with heavy rugby weights.

Wherever the organisers felt the sport would not be followed by the audience, they had two-minute videos describing the whole thing. Did you know signs were erected wherever organisers felt fans would struggle to understand the points system. For boxing, however, no dummy’s guide could have explained shocking decisions going against deserving boxers. India too was not spared in the final when Manish Kaushik lost to an Aussie boxer Harry Garside!

The closing ceremony usually never evokes the same kind of feeling as the opening. It’s the trickiest part as hoopla surrounding the Games wanes by then. It was different in Gold Coast. Again Aboriginal art and culture was the underlying theme. What irked most was when it meandered into long drab speeches by members of the organising committee, the premier of Queensland and the Mayor of Birmingham, where the next Games are going to be held. When the premier of Queensland, Annastacia Palaszczuk, spoke after being snubbed for the opening ceremony Speech, not many people listened. “I went off to sleep,” said a Goldie — people of Gold Coast. The athletes were made to stand in the dark side of the stadium. Some were seen leaving the venue well before the end of the ceremony.  Organising committee chairman Peter Beattie admitted they got it wrong. 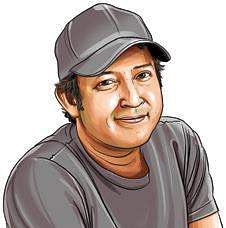 The ‘thank yous’ and ‘how are yous’ have become part of our daily lingo. It has been ingrained into the system so much that even when you see someone at a distance, the words involuntarily escape. The queues have also been another that has caught the eye. No matter what the emergency, it will never be broken. People here are very helpful.

The Games Village turned into a party house as the final day drew near. There was a spike in tinder use as athletes looked out for ‘fun’ before flying out of the city. Shirtless male athletes and women athletes in bikinis made their presence felt. After winning the 400m hurdles, Kyron McMaster said he would be putting up his gold medals as the profile picture to try out his luck.

Now we are on Telegram too. Follow us for updates
TAGS
Gold Coast Commonwealth Games CWG CWG 2018