CHENNAI:  Three gold, 3 silver and 3 bronze. That was Indian boxers’ haul during the recently-concluded Commonwealth Games at Gold Coast. It was a creditable show as the sport is still finding its feet after facing an existential crisis just a few years ago. High performance director Santiago Nieva, the man who has been vital in lifting the boxers’ spirits, could not have asked for a better display. The courageous effort from the pugilists exceeded his expectations.

“When all the boxers reached the quarters, that was a small achievement. We were thinking at least six or seven in the semis, but all the eight (men’s) boxers managed to reach that stage. That was a commendable performance,” Nieva told Express. Vikas Krishan, Gaurav Solanki and MC Mary Kom were winners while Amit Panghal, Manish Kaushik and Satish Kumar won silver. Manoj Kumar, Naman Tanwar and Mohammed Hussamuddin settled for bronze medals. After the new federation was formed (May 7, 2016), the sport has gained a lot of traction with boxers getting exposure trips that have offered a chance for Nieva and other coaching staff to access their strengths and weaknesses. 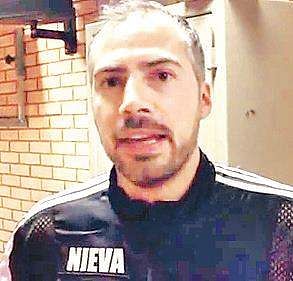 “We knew we had a good team, especially after the outcome at the Strandja Memorial tournament in Sofia (Indians won 11 medals). But there are a lot of factors that matter. The draw is important and one bad performance and you’re out. The final numbers were beyond our expectations.” All the eight men pugilists reached at least the last four, a big indicator of talent in the side which was a mix of youth and experience. “We have improved in many areas. In the long run, the performance is more important. If we keep up the hunger, we can perform better,” Nieva noted.

The Sweden-based coach, who joined the team last summer, knows that this is just the start. “Training is not a quick fix, it is a long process. We need to continue developing our infrastructure. On the physical part, we can see that many (of) our opponents have more muscle mass and less fat than our boxers. We need to improve on that and the technical aspect can always improve.” On the ringside, the coaches’ role cannot be undermined. A word or two from them could spur the boxers. “We basically try to see what works for the boxer. If he should go more on the offence or try and counter-punch. We also look at the defensive part, ensure that they make no mistakes.

Based on those indicators, we look at the essential parts and try to pass on those tips during breaks. The rest is a psychological boost. If the boxer is doing well, not much needs to be changed.” A happy bond off the ring makes Nieva’s job significantly easier. “If you get along well outside of the training, it becomes easier. In the Village (Gold Coast), we used to play table tennis. After the competition, we went to the beach and Movie World (theme park). It was fun. We’re like a family.” While other sports are targeting Asian Games, Nieva maintained that Olympics is and has always been his goal. “We aim to win medals at the 2020 Olympics. Besides, the World Championships are also there (men and women in 2021 and 2018, respectively). But in the long run, we want to transform these medals to medals in the Olympics.” anmol@newindianexpress.com