From controversies to retirements: Stars and news that dominated the world of sports in 2018

Most of the elite athletes kept up their winning run while there were strong comebacks as well.

Sports was the flavour of the year as the calendar was chock-a-block with big-ticket events. Most of the elite athletes kept up their winning run while there were strong comebacks as well. From stars deciding to hang up their boots to controversies rearing their heads, the year had it all and was memorable to say the least...

In a class of their own

The 33-year-old clinched his fifth world championship title with 408 points. Starting in pole position on 11 occasions, he managed to win 10 races. The Brit ensured Mercedes bagged their fifth constructor’s title. Hamilton now stands second for world titles won, behind the legendary Michael Schumacher, who has seven. 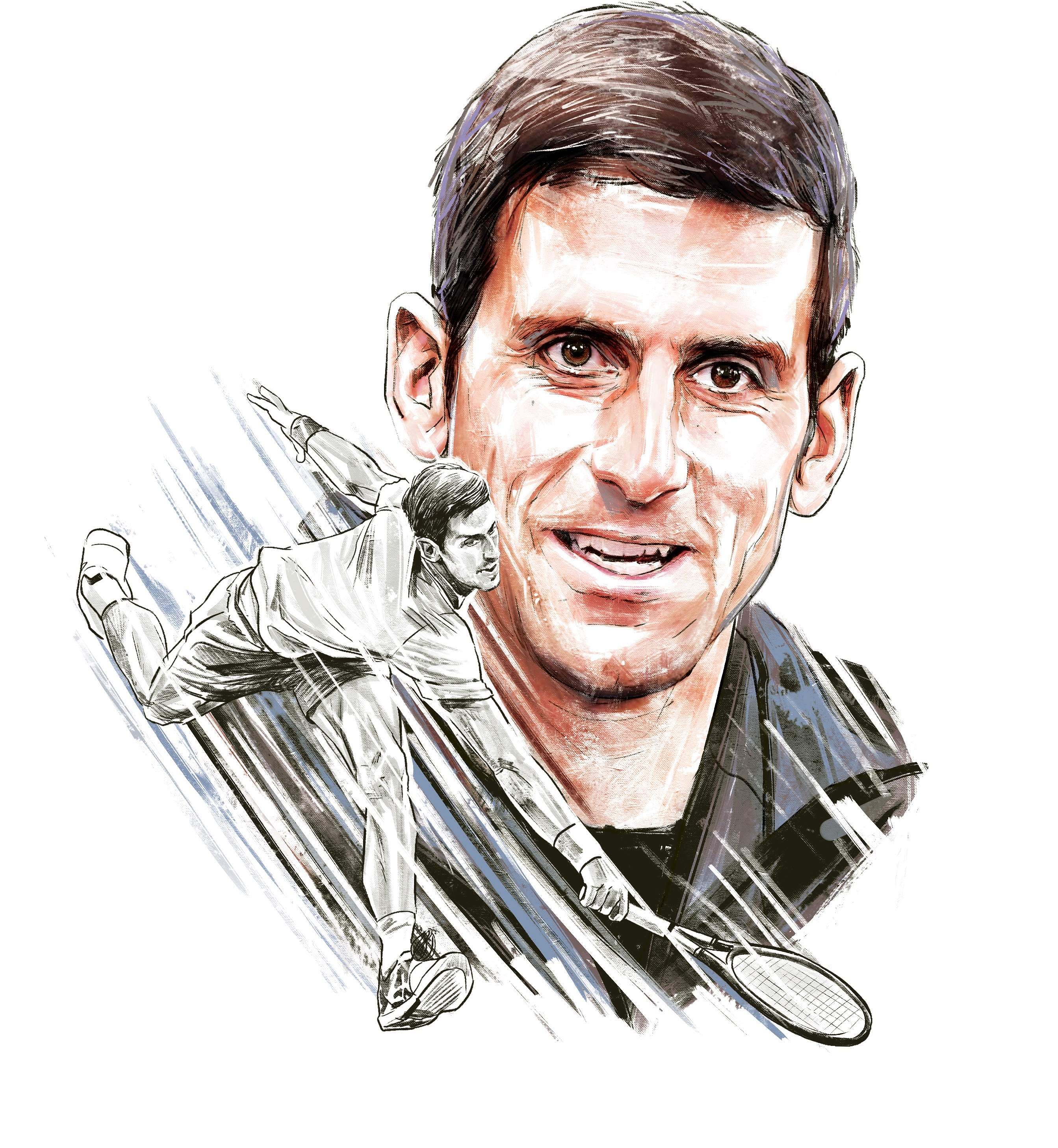 The Serb won two Grand Slam titles - Wimbledon and US Open and ended the year on top of the ATP world rankings. Novak Djokovic started the year as World No 12 after coming back from a six-month injury lay-off. He finished with four titles and a win percentage of 81.54. The 14-time Major winner finished on top of rankings chart for the fifth time.

2018 began badly for the Croatian as he was asked to appear in court on charges of tax evasion. Back home, fans were turning on him because of perjury charges. Despite all these, the midfielder was at his best on the field. He guided Real Madrid to their third straight CL crown before taking his country to the World Cup finals. Croatia’s court subsequently dropped charges as Modric capped off the year by claiming the Ballon d’Or.

The Akron Hammer failed to inspire Cleveland Cavaliers as they lost to Golden State Warriors in the NBA Final. But, his performances throughout the season was outstanding. LeBron James led in assists, field goals, points. When the GOAT debate sprung up, his name was mentioned in the same breath as Michael Jordan. The 34-year-old star joined Los Angeles Lakers, for the new season.

Tai Tzu Ying ruled the badminton world in 2018. Winning the All England Open, Asian Games, Denmark Open, Malaysia Open, Indonesia Open were a few high points for the Taiwanese. The World No 1 is known for her attacking game and her ability to keep opponents guessing with unpredic­table approach play. The 24-year-old has been at the top of the ranking chart since December 2016 except for two weeks in April. Her consistency is something that makes her stand out from others in the field such as Carolina Marin, PV Sindhu, and Akane Yamaguchi. She has been nominated for the BWF’s Female Player of the Year in December.

The system had been used intermittently before but it was from the 2018 World Cup that VAR entered the public consciousness. A total of 335 incidents were checked over the course of the group stage with fourteen decisions changing or being overruled. While FIFA termed it a success, it created a lot of confusion among players and fans. For good or worse, VAR is set to stay as it will be introduced in the EPL from next season. 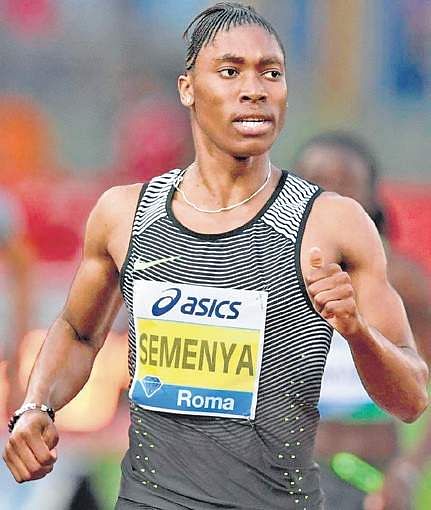 Before controversial Uzbek business­man Gafur Rakhimov entered the fray as International Boxing Association (AIBA) president in November, International Olympic Committee had issued a warning that they might have to cut ties with the body. The Uzbek has been accused of having links to organised crime by US Treasury Department. Other concerns were AIBA’s governance, ethics and finances. AIBA officials have said they have made significant improve­ments on multiple fronts. However, IOC has frozen its Tokyo preparations for boxing and has launched an investigation.

After IAAF came out with new rules on testosterone levels in female athletes, the body moved its own deadline to implement them after Caster Semenya challenged it at CAS. The ruling was slated for Nov 1 but after multiple Olympic champs challenged it, they decided to delay till CAS’ verdict.

Australia were caught on camera tampering the ball during their 3rd Test vs South Africa. The incident marked a downward spiral for cricket Down Under. Steve Smith, David Warner and Cameron Bancroft were banned while CA CEO James Sutherland, chairman David Peever and coach Darren Lehmann resigned.

Naomi Osaka won the US Open against her idol Serena Williams in controversial fashion. The 2018 final will forever be remembe­red for the way Williams clashed with chair umpire Carlos Ramos, demanding an apology. This was after he initially issued a warning in the second set for a code violation for her receiving coaching, which is not allowed in Grand Slams. Williams accused the referee of sexism and called him a ‘thief’.

It may have had its detractors but Russia organised one of the most efficient FIFA World Cups. Holders Germany, favou­rites Spain and Argentina went out early. Brazil flattered to deceive, exiting in quarters while England made it to the semis after 28 years. Luka Modric carried Croatia to the final, but it was France who lifted their second trophy. 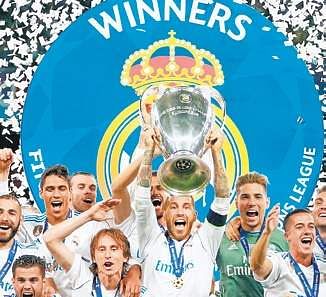 Los Blancos won their third consecutive and thirteenth Champions League title after beat­ing Liverpool 3-1 in May. In the final, Mohamed Salah got injured. Loris Karius made two goalkeeping howlers as Gareth Bale struck a wonder goal to give Zinedine Zidane and Cristiano Ronaldo the perfect farewell. Real had a forgettable La Liga season, finishing 17 points behind Barcelona.

Among the many sporting fairy tales, his will rank near the very top. Not only because he returned to the winner’s circle since 2013, but because many had predic­ted he was finished. The Tour Championship — the event he won — wasn’t a Major or a WGC but it was redemption after years of dealing with injuries, surgeries and depression.

Great is an over-abused term in sports. But what else do you call this once in a generation cricketer? After a stellar outing against India, AB de Villiers announced the series versus Australia would be his last. He bowed out on a high as the Proteas notched their first home series win over Aussies. Cricket’s first 360-degree player cited burn-out as a reason for quitting. We will still get to see his wide array of shots in T20s.

In January, the rival Koreas shocked the world with a dramatic reconciliation. The two nations took part under one flag in the Winter Olympics. They also fielded unified teams at the World Table Tennis Championships, the ITTF Korea Open and the Asian Games.

Now we are on Telegram too. Follow us for updates
TAGS
Djokovic Hamilton LeBron Champions League Real Madrid