Sports law only way to sort out sporting mess

The World Archery suspension of Archery Association of India is a sordid reflection on the way our sports federations in the country are functioning.

The World Archery suspension of Archery Association of India is a sordid reflection on the way our sports federations in the country are functioning. The hunger for power, position and nepotism drive officials to such extremes that they jeopardize the very tenet for which they are created – welfare of the players. The AAI is an apt example of such inanity of officials that forced them to ignore what predicament awaits them. The two warring factions kept on fighting even after World Archery asked them to hold one election. To complicate matters the Indian Olympic Association (IOA) supported one faction. Suspension was just a formality. 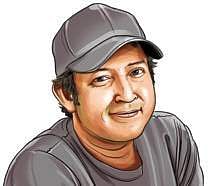 Interestingly, the archery association is not alone in breaching ministry, IOA and world body norms. There are quite a few sports federations and state Olympic associations who are in the sick bay. Taekwondo federation, India Golf Union, gymnastics, Olympic associations in Telangana and Assam are just a few. They are either violating National Sports Development Code of India 2011 as mandated by the sports ministry, defying international body’s guidelines of good governance or IOA’s. Ostensibly so, AAI’s issue looks like the beginning of a long battle before some parity is restored.

Now, an ad-hoc committee needs to be formed to ensure due process is followed before establishing a new elected body. The way things are, the IOA and the World Archery relationship is far from amiable. So right now an amicable solution may not be possible. In that case, we are looking at two ad-hoc committees. The international body will be bolstered by IOC guidelines that give them more power when it comes to recognising a national sports federation. However, law of the land is a jargon that IOA will use favourably. Stalemate!

What if all stakeholders come to an understanding. Will the IOA allow someone from the BVP Rao faction to be part of it because it did not recognise their elections? Then there is a possibility that the Delhi HC, where the matter is being argued, comes out with a verdict in favour of one faction? Will World Archery accept it?

Then there is a possibility of getting into a tangle of laws and by-laws. We have NSDC 2011 which governs all sports bodies in India. In that NSDC itself, there are sections modified because of various court orders. Add to that the Supreme Court directed Lodha reforms in cricket, things only get more complicated.

Perhaps it’s time for Sports Minister Kiren Rijiju to show light to the long-pending sports bill. Without a strong law there is all likelihood that more and more federations will get entangled in this tussle. Only through a sports law can issues like enforcement of anti-doping rules, taking mandatory trials and fixing be tackled. If the minister wants to leave a lasting legacy behind, this is the perfect opportunity.

Now we are on Telegram too. Follow us for updates
TAGS
Archery AAI IOA World Archery