CHENNAI/HYDERABAD: After the drought, the deluge. That principle can safely be applied to Indian badminton after an epochal 120 minutes inside St Jakobshalle in Basel on Thursday.

For the majority of 2019, the nation’s shuttlers have been like anaemia patients. Gone were the gains of the last few years. Confidence was at a low. There were more questions than answers. Memories of triumphs were small dots in the rearview mirror.

But PV Sindhu — who now has a record-equalling five medals at the World Championships — and Sai Praneeth created new memories in one of the great days for the sport in the country. It is, after all, the first time that two athletes from India will win men’s and women’s singles medals at one World Championships. 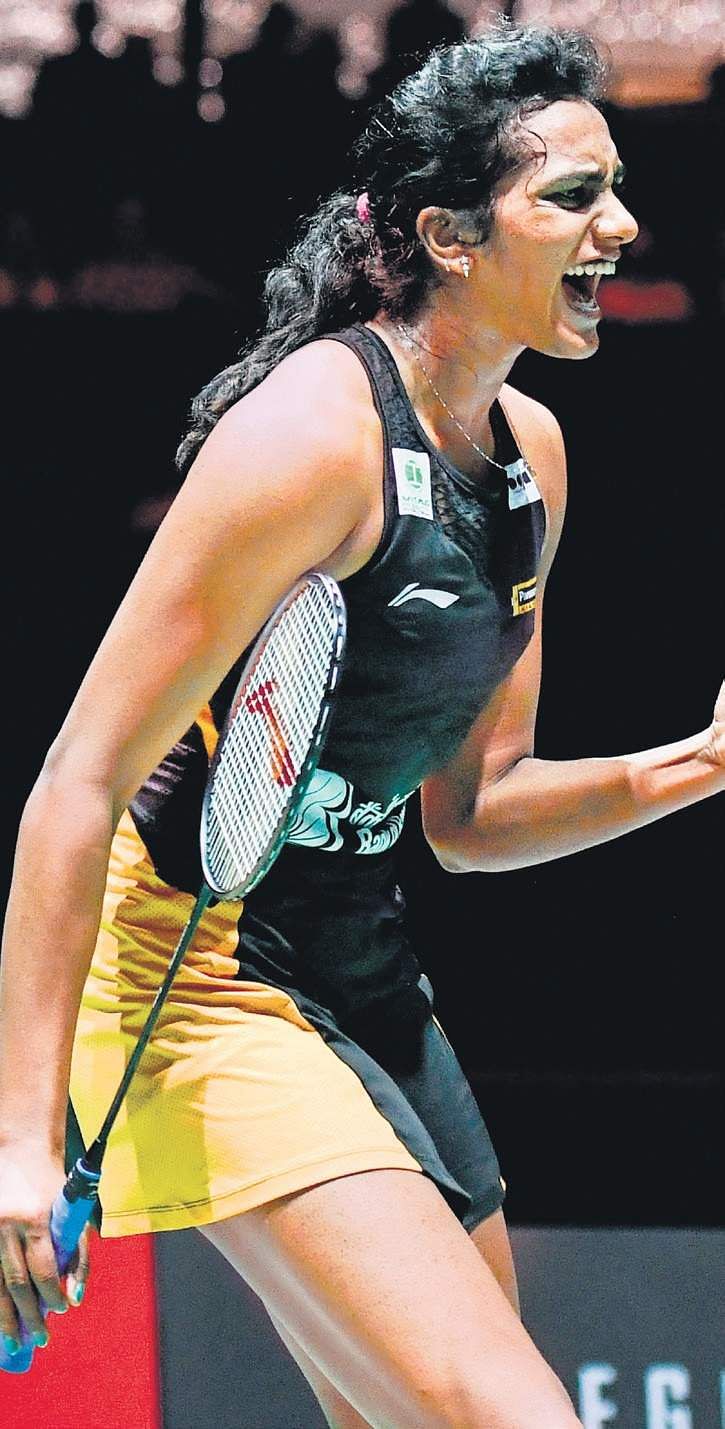 Their wins are special for separate reasons. For Sindhu, it will give her the belief that she possesses the skill set to beat Tai Tzu-ying, widely recognised as one of the greatest the sport has ever produced. Against her, the margin for error is zero. Sindhu, who has lost to her 10 times, realised this 15 minutes into the match. “This looks like the final of the Asian Games,” one of the commentators said.
It was a fair summation of the first game. Tai was turning water into wine.

The 24-year-old Indian went long, went short and tried to hit the chalk down both flanks. She basically threw the entire kitchen along with the sink at Tai, but had little to show in return. During the changeover, a switch was silently flicked on. Sindhu did not look back as she played two lights-out games. The win — 12-21, 23-21, 21-19 — means Sindhu, who will face China’s Chen Yu Fei for a place in the final, has equalled Zhang Ning’s record haul of five medals at Worlds.

So, how did she turn it around in the second and third games? “Being positive, not losing confidence and remaining patient during long rallies,” she said after advancing to the semifinal. The first point of the second game was evidence that the turnaround was underway. The 25-year-old continued to ask the World No 5 to come to the net, but she was equal to the task. When the rally passed the 20-shot mark, Sindhu grew into it before a couple of smashes put the World No 2 on the defensive. She tried another drop but it caught the net.

Even though Tai, who has now lost five quarterfinal cla­shes at the Worlds, kept plugging away, Sindhu’s smashes onto her opponent’s body along with focus on keeping the shuttle in play gave her momentum. After taking the second, she stuck to that game-plan. “I just focussed on being patient and wanted to keep the shuttle on the court... Overall, it was a really good match.”

For Praneeth, one of the only three Indian singles players to reach the final of a Super 300 tournament or above, this shows that he can wine and dine with the best. In taking down Asian Games champion Jonatan Christie 24-22, 21-14, Praneeth, who lay spread-eagled on court before letting his emotions get the better of him, laid down a marker.

He may be World No 19, but Praneeth played like a million bucks, especially in the second game. Interestingly, that’s been a constant theme in the four matches he has turned out for so far at Basel.
The first games have all been close, and the 27-year-old ups the ante in the second. That’s the other thing about the Hyderabad lad. Praneeth is yet to drop a set. He needs to bring that same intensity if he hopes to make the final; a meeting against World No 1 Kento Momota has been set for the semifinal.
The last time these two guys played each other, Momota, the favourite to win the title, prevailed in three games. Praneeth knows what lies in store. “It is very tough. Each match is like 50-50. So, you need to be at your 100 per cent all the time... I still have matches to go. So, I need to focus on that.”

Now we are on Telegram too. Follow us for updates
TAGS
Indian badminton PV Sindhu Praneeth Badminton World Championships