South Madras Cricket Academy  will be conducting the SMCA Champions Trophy tournament which is open to all corporate houses, institutions and clubs from last week of February. 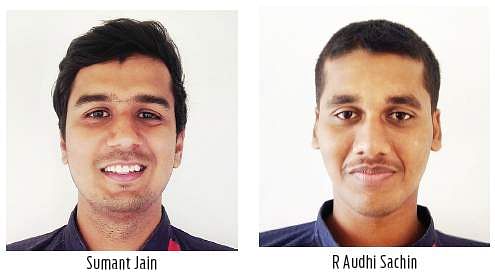 CHENNAI: Riding on centuries by Sumant Jain and R Audhi Sachin, Globe Trotters declared at 422 for seven in 146.4 overs against Youngstars on the second day of the TNCA Senior Division league match held at SSN College grounds on Sunday.

Sachin was involved in two-century partnerships. For the fifth wicket with Jain, he added 168 runs in 57.2 overs. Then with Monish, he raised 117 runs in 31.4 overs for the seventh wicket. In reply, Youngstars were 94 for two in 31 overs at stumps.

Fresh from her WGM norm show, Michelle Catherina (7.5) took sole lead, defeating Chandreyee Hajra in the tenth round of the Velammal-AICF Women International Grandmaster round-robin chess tournament, at Hotel Abu Sarovar Portico, Chennai here on Sunday. Divya Deshmukh at 7 points, managed to stay behind the leader, despite her defeat at the hands of fellow Indian Aakanksha Hagawane. In other games, top seed International Master Munguntuul Batkhuyag of Mongolia went down to her countrymate Uuriintuya Uurtsaikh. In the last game to finish, Colombia’s Franco Valencia Angela stunned higher-rated Osmak Iulija of Ukraine.

The Tamil Nadu State Volleyball Association (TNVA) will be conducting a selection trials for sub-junior boys and girls to select the state teams to participate in the 41st sub-junior national volleyball championship to be held in Bhubaneswar, Odisha from February 23rd to 28th. The trials will be held on February 10th at Jawaharlal Nehru stadium. Players born on or after January 1, 2003 can participate. For further details contact: 9841026062.

South Madras Cricket Academy  will be conducting the SMCA Champions Trophy tournament which is open to all corporate houses, institutions and clubs from last week of February. Entries close on February 15. For further details contact: 9884302787.

Andhra Pradesh held Tamil Nadu 1-1 in the opening fixture of the Santosh Trophy South Zone qualifiers at the Bharathi Stadium in Neyveli on Sunday. G Manjunath scored from the penalty spot in the 12th minute for Andhra Pradesh before T Vijay levelled the score in the 63rd minute.