A number of athletes training abroad seem to have been laid low at the same time.

Sometimes following athletics is like solving complex riddles, fraught with various innuendoes and suppositions. There seems to be a lack of clarity and transparency at times over athletes’ injuries. Our athletes are at various places in Europe training and sporadically competing at some events. They have been stationed for quite some time now and if we take the Turkey sojourn earlier this year, it will be close to six months that all our athletes have been abroad – perhaps that might be the longest period Indian athletics have trained abroad. It is indeed a good initiative taken by the government and the Athletics Federation of India to support our athletes. And it must be good for the athletes too – training with their choice of coaches in a foreign land. 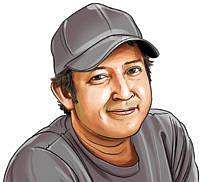 The results most athletes are recording in a few unheralded meets in and around Poland are not even among the best Indians are capable of, forget anywhere near the world standard. What is more baffling are the injuries sustained by most athletes and no-shows at competitions. Quarter-milers on whom the federation has been banking on to perform well seem dismantled.

Arokia Rajiv is back home with an injury. Ayyasamy Dharun is still recovering in Poland (he has not been competing since March). Only consolation is that Muhammed Anas has broken a national record recently. MR Poovamma is recovering and not competing. Hima Das is back after a back injury but is performing below her best. Vipin Kasana too went missing until last week due to injury.

Some of the performances are worse than what they did in the beginning of the season at Asian Championships and Federation Cup. It only gets more curious to see athletes recovering abroad and taking more than usual time to recover. Shouldn’t the sports ministry seek a report on the quality of the competitions and performance of our athletes? And an update on the injury of all athletes abroad? It can’t be just coincidence that most of the top athletes are injured at the same time. Maybe with such an active sports minister who is quick to posts updates on Twitter, this must have already been taken care of. After all, it is government money they are spending.

Another baffling issue is that the top athletes might give the Inter-State Athletics meet in Lucknow August 27-30 a miss. They are going to compete at an event in Czech Republic whose dates seem to clash with the inter-state meet. Going by their performances right now, the coincidence of giving the nationals a miss does seem logical.

Like an expert pointed out, what if the athletes training abroad are beaten by someone training in India? And as another coach was pointing out, “you are looking at performances of Anas and Hima but there are 40 others who are abroad and are not doing well”. Fear of exposure right might be another reason why top athletes might give the Inter-state a miss. And federation would say it didn’t want to upset their schedule, which might be plausible. However, it depends on the results the athletes deliver. After spending so much if the athletes don’t, the federation will have to answer some serious questions. With the Olympics next year, perhaps it’s time the sports minister takes a look into this.