US for women, Russia for men

CHENNAI: The FIH on Monday announced that India women’s hockey team will be playing against USA in the Olympic qualifiers to cement a place at the 2020 Tokyo Games. They will play back-to-back matches in Bhubaneswar on November 1 and 2. Undoubtedly, the past 15-18 months have seen an upswing in the No 9 side’s performance, thanks to a better fitness regime and emphasis on mental toughness. But in tangible terms, the true measure of the improvement will be known only when they confirm their ticket to Tokyo. In their last meeting with the 13th ranked team in the 2018 World Cup, India held USA to a 1-1 draw.

“The team has been performing well in the last few months. We have gained momentum at the right time by winning the FIH Women’s Series Finals Hiroshima 2019 and the Olympic Test event,” said head coach Sjoerd Marijne, after the draw. “All the players are confident, very excited to take part in the Olympic qualifiers at home and they are charged up to achieve the team’s goal. We are focusing on continuing the brilliant communication on the field and maintain our level of performance,” the Dutchman added. 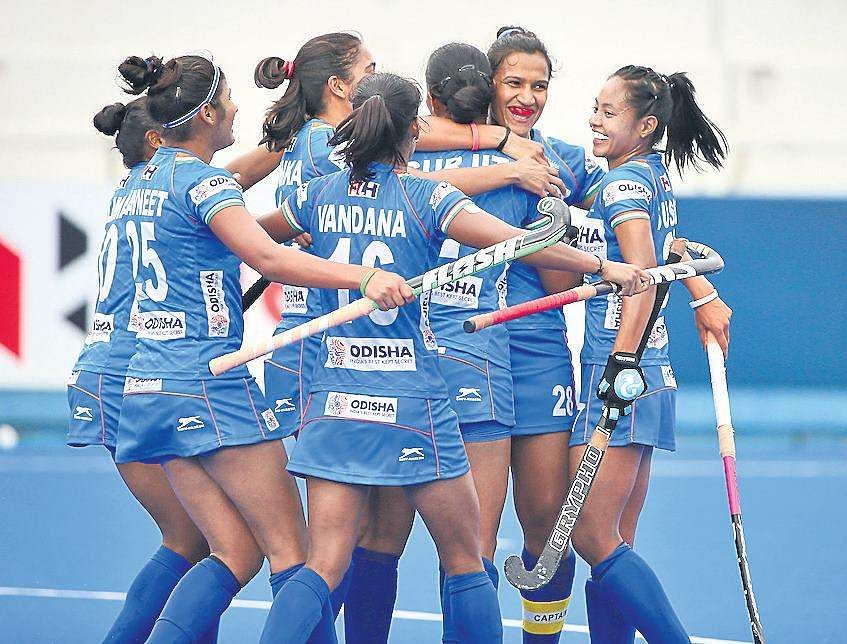 Unlike men — who have eight gold in 20 Olympic appearances — women have featured in the quadrennial event only twice. While they were fourth in the 1980 Moscow Games, a winless run in 2016 saw them finish 12th in Rio de Janerio. “I’ve always believed that the opponent we play does not matter as long as we are better prepared and that’s been our focus,” the skipper Rani Rampal said. “I understand there has been a lot of suspense over which team we might draw but we didn’t want to let it come in the way of our preparations.” After missing out on a direct berth to Tokyo when they failed to clinch gold in the 2018 Asian Games, Rani’s team would hope to make amends.

The year, so far, has also been fruitful. They began their campaign with a 1-1  draw against Spain (No 7) in a four-match Test series and then beat the eighth-ranked Ireland before getting the better of the lower ranked teams such as Malaysia and South Korea in the next tours. Following that, they emerged champions in the FIH Series Finals in June, thereby securing a qualifiers spot. That they held No 2 Australia — the highest ranked team in the Olympic Test event they won three weeks ago — 2-2 is also to be noted.

“We knew the areas we had to work on to be in the best form to play two back-to-back matches and we are working towards winning them and qualifying for the Tokyo Olympics 2020,” said Rani Manpreet keeping focusThe India men’s team will be up against World No 22 Russia for a place in the 2020 Tokyo Games. The fifth-ranked team had registered a 10-0 win against Russia during the Series Final in Bhubaneswar earlier this year.

To be blunt, the Russians have a one-in-a-million chance of upstaging their more illustrious counterparts. The worst-ranked team in the two-legged qualifier, they are not even here on merit. They received a back-door invitation after Egypt withdrew.

“The weather conditions back in June was challenging for them but it may not be the same this time,” skipper Manpreet Singh said. “I’m sure they will come well prepared as it’s the Olympic Qualifiers and they are capable of surprising any team hence it is important we remain focussed on our own performance and play our best hockey.”

Now we are on Telegram too. Follow us for updates
TAGS
FIH Hockey Olympic qualifiers 2020 Tokyo Games