Pride and honour for recipients

Shooting legend Jaspal Rana, who was ignored for the Dronacharya last year, will attend the programme from Delhi.

CHENNAI: Had it been a world free of Covid-19 pandemic, winners of the national sports awards would have assembled at Rashtrapati Bhavan in New Delhi on August 29 to receive the honours.

It would have been a lifelong memory for these athletes with a picture with the president adorning walls of their respective homes for years. 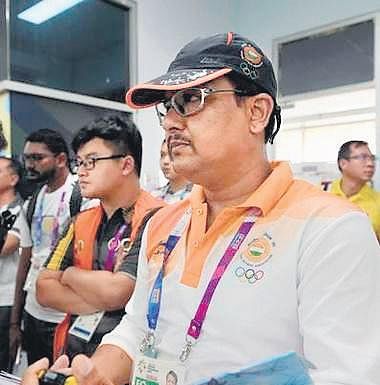 Boxing coach Shiv Singh, who has been chosen for the Dronacharya award in lifetime category, rues missing the opportunity, but feels life has to go on.

“It (the picture) would have preserved the memory forever but you cannot complain. The award itself is a big honour for my services to the sport for more than two decades,” Singh told this daily.

“I will go to SAI Centre in Pune. The final plan has not been communicated to me officially but I have been hinted that I have to attend a rehearsal a couple of days before the ceremony,” said wrestler Rahul Aware, another awardee.

Shooting legend Jaspal Rana, who was ignored for the Dronacharya last year, will attend the programme from Delhi.

“It’s a proud moment for everyone. It’s a great honour not only for me but for the entire team that has been working with me. My coach Tibor Gonczol would have been proud of me had he been alive,” said Rana. Australian Gonczol, who was former India foreign coach, had passed away in 2014.
Wrestling coach Om Prakash Dahiya along with his ward Vinesh Phogat (chosen for Khel Ratna Award), have been requested to reach SAI Centre in Sonepat on August 27.

Madhya Pradesh swimmer Satendra Singh Lohiya, who is the first divyang sportsperson in the country to be selected for the Tenzing Norgay Adventure Award, will head to Bhopal SAI Centre to attend the ceremony. He is posted in a government department in Indore.

“I will reach Bhopal on August 27 and will attend the rehearsal before the ceremony. Yogesh Malviya, the mallakhabh coach from MP, will also be there,” Lohiya said. Woman boxer Lovlina Borgohain, who had qualified for the Olympics in 69kg, reached NIS Patiala from Assam and will attend the function at the centre, confirmed her father Tiken Borgohain.

The Khel Ratna Award is one of the most prestigious awards that a sportsperson can receive, and I owe this to my coaches, teammates, friends and family for their constant support...

It’s immensely gratifying to be conferred with the Arjuna Award and I’d like to thank the Sports Ministry of India for this national honour. This recognition will definitely motivate me...

Extremely happy that I have won it. A silver lining in these troubled times, it has come at the right time. This will motivate me to perform even better in the months to come.

I’m extremely happy to have won it. It will motivate me to make Olympic cut and win laurels for the country in the Tokyo Games next year.

Now we are on Telegram too. Follow us for updates
TAGS
Dronacharya Award Arjuna Award