Exactly a week ago, Ritu Phogat was celebrating her fourth consecutive victory inside the cage.

CHENNAI: Exactly a week ago, Ritu Phogat was celebrating her fourth consecutive victory inside the cage. The opponent was Philippines’ Jomary Torres and it was at the ONE Championship: Big Bang Promotion from the Singapore Indoor Stadium. The win provided an additional boost to her desire to be India’s first world champion in the field of Mixed Martial Arts (MMA). 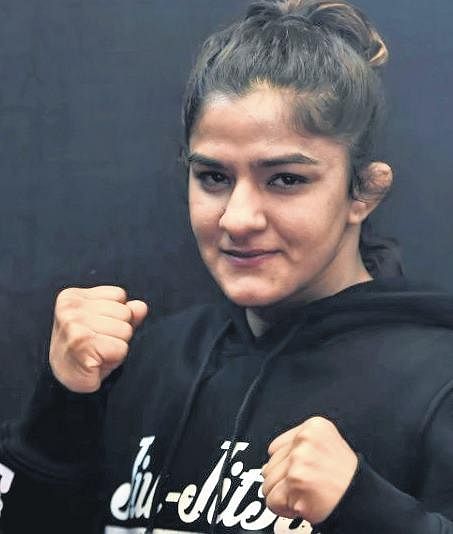 With the current holder in the atomweight division (52.2 kgs) announcing she is pregnant, the ONE Championships are going to be placing the belt up for grabs in an eight-person Grand Prix early next year. The win against Torres could make the organisers give Phogat a berth in that tournament. “Next year, there is a Grand Prix,” Phogat says over phone from Singapore.

“The champion (Angela Lee) is pregnant so that belt is open. The ONE Championship will select eight girls in that category and they will take part in it. So I am preparing myself to ensure I find a place among those eight girls and compete.”  The lockdown helped her in this regard because Ritu feels she is now a more rounded fighter thanks to the work she has put in during the last 7-8 months.

“In lockdown, I kept myself busy in training,” she says. That work, she says, is visible in the way she is striking her opponents. Between her first fight (against South Korea’s Kim Nam-hee last November) and now, there is a world of difference. “In my first bout, I wasn’t striking much. Even after takedown, I was not using ground punches... I changed myself. During lockdown, I worked on my game. I improved my striking and I can see that improvement now.”

The improvements, and the flawless beginning to her MMA career, makes her feel vindicated after beginning life as a wrestler from the Phogat household. “I used to watch MMA on YouTube as I like this form,” she explains. “I didn’t know where training is held for this game but I used to think why India has not produced a champion in this game? So when Evolve (MMA Academy in Singapore) asked me to come and train there, I accepted.

At that time I was at the peak of my wrestling career and 2020 Olympics was looking, so it was a difficult decision. But I didn’t want to miss the opportunity. “Besides, I always wanted to do something different. Also, I wanted to win the Championship belt for the country so I decided to join it.” It’s something she repeats a few times during the conversation: “winning the belt for India.” Early next year, she may have that opportunity.

Now we are on Telegram too. Follow us for updates
TAGS
Ritu Phogat MMA