Walmiki will stay in Wassenaar, an affluent suburb near The Hague. “We have rented a flat in a three-storey apartment there.

CHENNAI: At a time when training outdoors is still a distant dream for most Indian sportspersons, hockey player Devindar Walmiki is set to leave for The Netherlands on Thursday night to compete in the Hoofdklasse (Dutch top division league). Interestingly, he had got stuck in The Netherlands for almost four months before returning back to Mumbai on June 14. With his club HGC extending his contract for the 2020-21 season, the India midfielder has to join the side for the league beginning on September 6. 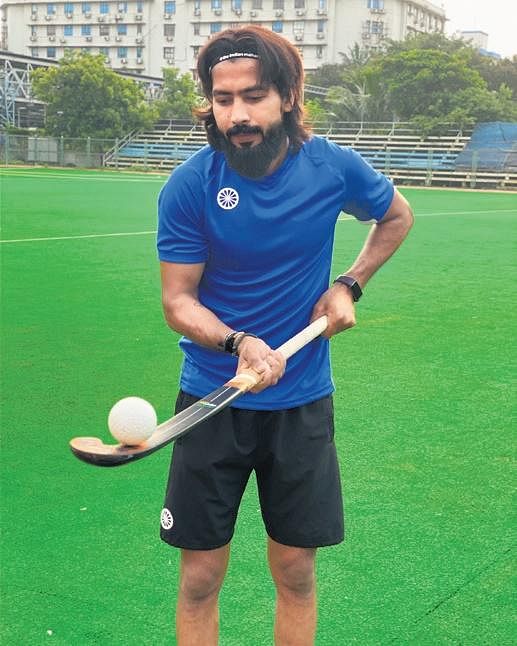 “I planned the return while flying back home last month. I will reach on July 17 and undergo a period of 14-day quarantine before joining the squad the next day,” said Walmiki, who was part of India’s 2016 Rio Olympics squad.

Given the situation in the country and across the globe due to the Covid-19 pandemic, the 28-year-old had an option of staying back in The Netherlands, but chose to return. “I had to sort out a few issues in Mumbai, so I returned. I directly checked into a hotel near the airport and stayed there for seven days before isolating myself at the home for another week.” The midfielder claimed he is the first player from the country to be recalled to play consecutive seasons in the top tier of Dutch league.

“The league will commence in a few more weeks. The experience of playing under a master tactician such as Paul van Ass and with players from every corner of the globe has been enriching, to say the least. I am of the opinion that playing in the Dutch league is an important learning curve in my career and my performances there should be good enough to earn me a call-up to the selection trials for the national team in the near future. That is of course, the ultimate aim,” he added.

Walmiki will stay in Wassenaar, an affluent suburb near The Hague. “We have rented a flat in a three-storey apartment there. Players from Australia and Argentina also reside there. Everyone has a separate room. I will stay in my room for 14 days and continue with my physical training before joining the team.”
Deciding to leave the home at such a tough time was not easy, but Walmiki said it was possible because of the support from his family. “Obviously, they are worried but at the same time they understand I need to do this to ensure my return to the national fold. Things are not that bad there and they know I will be safe. I plan to return in the first week of December as the league gets over on November 29.”

Stay up to date on all the latest Sport news with The New Indian Express App. Download now
TAGS
Devindar Walmiki