Shooting camp may not begin on August 1

The resumption decision has not gone down well with shooters and coaches staying in areas hit badly by the pandemic.

CHENNAI: THE “mandatory” shooting camp announced by National Rifle Association of India (NRAI) will not start on August 1. The association is expecting a delay of few days as it hasn’t completed the formalities and informed shooters, coaches and support staff.“We will shortly inform the commencement date. But in all probability, it will start in the first week of August,” NRAI secretary Rajiv Bhatia told this daily. 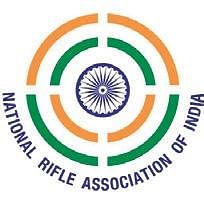 The camp was announced last week. “We will send complete details to shooters, like date of arrival and place of stay. Once we decide that, we will inform them accordingly. Besides, we have to book their flight tickets. So we will let the shooters know this week, once we complete the process,” added Bhatia.

Last Thursday, NRAI said the decision to restart training was taken at a meeting of its governing body. Shooters were supposed to report on July 31 or August 1 for the camp at Dr Karni Singh Shooting Range in New Delhi. Manav Rachna University campus, an ISSF training academy and located close to the range, will house the contingent. NRAI will also arrange transport.

NRAI also said that it will issue protocols in addition to those issued by Sports Authority of India. Participants will be required to submit a valid, recent Covid-19 test result from home locations.

The resumption decision has not gone down well with shooters and coaches staying in areas hit badly by the pandemic. “It would have been better if shooters were allowed to train at shooting ranges closer to their homes. They have already started training. They could have just been given ammunition, if required,” said rifle coach Deepali Deshpande. “I don’t see an urgent need to restart the camp. It could have been done in September after assessing the situation.”

Many shooters are training in their respective states, and the coach felt it would be risky if they travel to Delhi for the camp. Swapnil Kusale and Tejaswini Sawant (50m rifle 3P shooters), and Rahi Sarnobat and Abhidnya Patil (25m pistol shooters) are training in Kolhapur. Madhya Pradesh shooters Aishwary Pratap Singh and Sunidhi Chauhan (both 50m rifle 3P), and Chinki Yadav (25m pistol) are practising at State Shooting Academy in Bhopal. Gaayathri N (50m rifle 3P) is training in Coimbatore.

More from Sport.
Now we are on Telegram too. Follow us for updates
TAGS
Shooting camp National Rifle Association of India NRAI